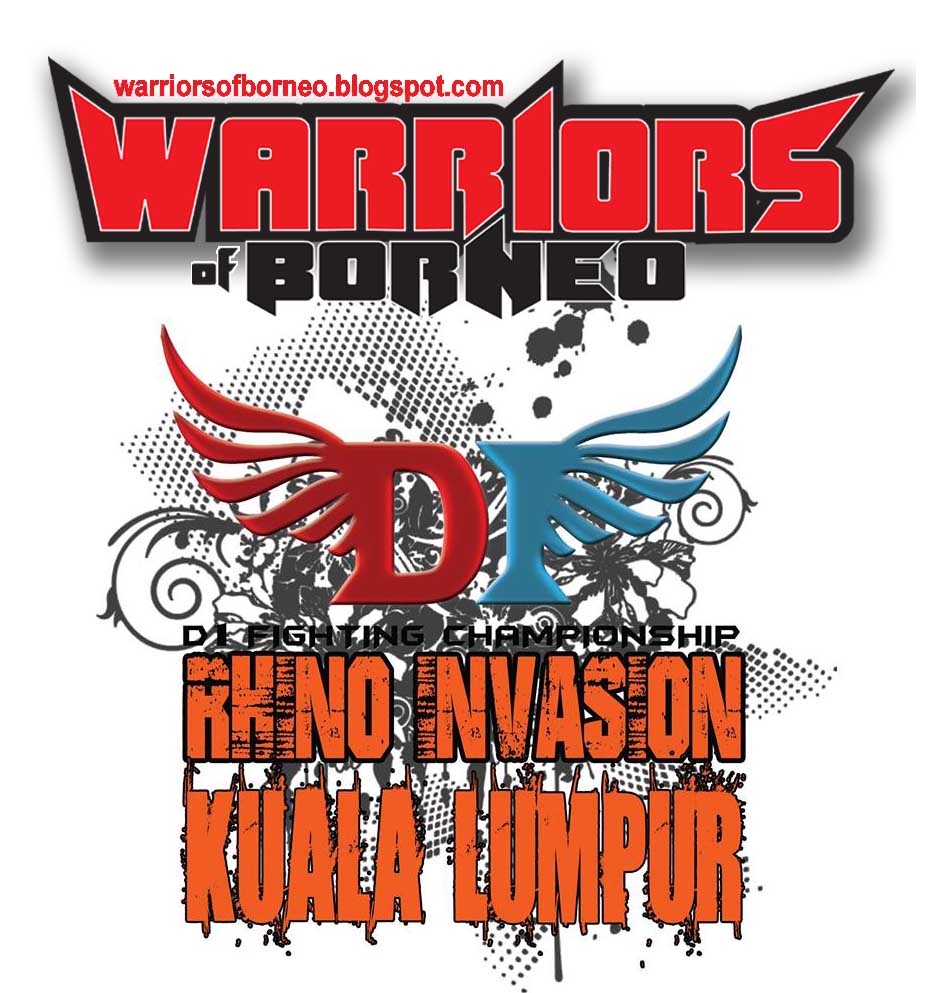 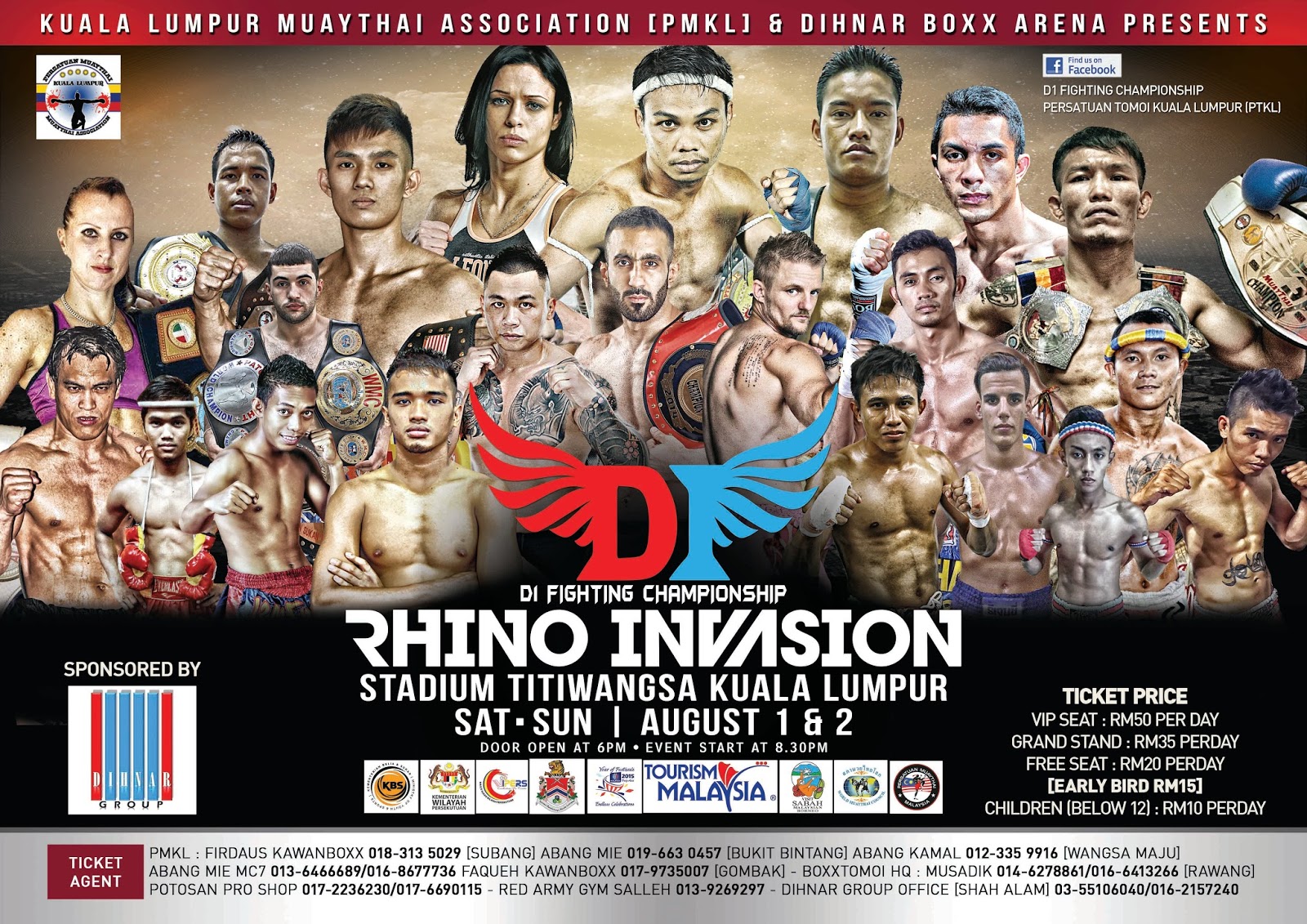 D1FC has been growing stronger & bigger with each event. From a humble beginning of the 1st event in the heartland of Sabah - Ranau in June 2014. D1FC - Rhino Invasion ( R.I ) will be the 7th event which has been organised by Dihnar Group. 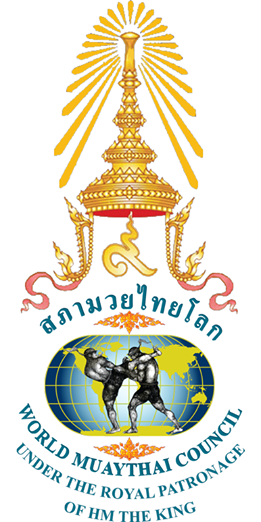 The organiser Dihnar Group and Persatuan Muaythai Kuala Lumpur, has put up a really stacked fight card. It's gonna be explosive!
8 title fight will be competed and another 4 bouts of Superfight to statisfied all fight fans.
International fighters from France, Ukraine, Italy, Thailand & Philipines and the best Malaysian fighters will have a slugfest to achieve muaythai glory. 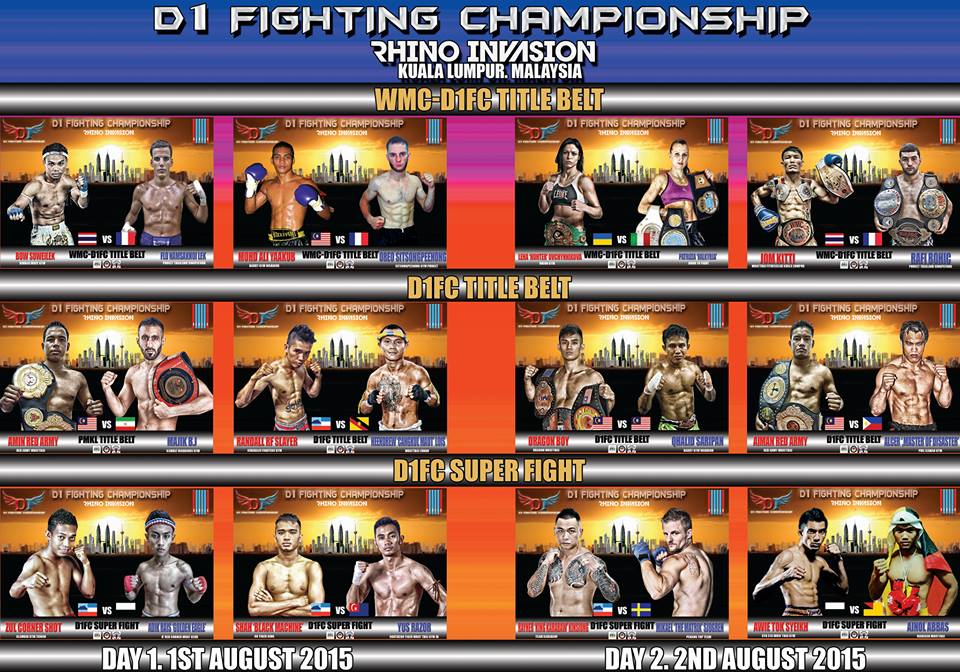 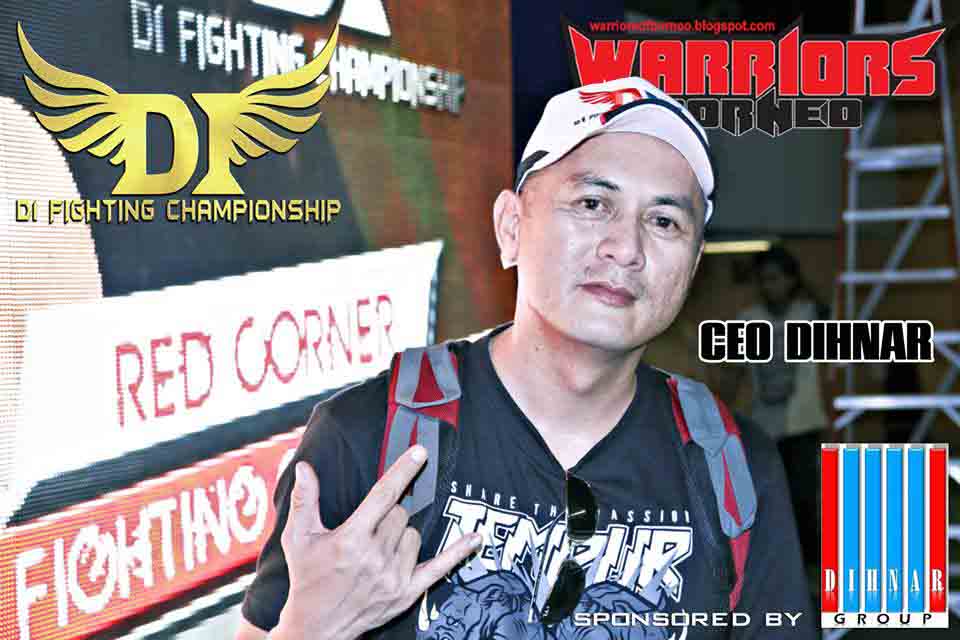 Warriors of Borneo manage to grab some time off the busy schedule of Ir.Hj Nazri Razak, the Managing Director of Dihnar Group for an interview :

First of all I want to congratulate you for being elected as the new Presiden of Persatuan Muay Thai Negeri Sabah and thank you for making time for this interview.

Looks like Muay Thai is gaining popularity in Sabah and with your leadership I believe you will bring it up to another level.

I can see that you are promoting D1FC Rhino Invasions heavily with billboards & banner.
How is the response for tickets so far?

Very good and selling out fast!
D1FC just got the recognition from World Muaythai Council (WMC) thru Malaysia Association.

As a Corporate person running Dihnar Group of Companies, why do you choose to promote MuayThai? why not other martial arts?

​As a Group Managing Director for DIHNAR Group and CEO for D1 Fighting Championship, I am fully promoting the muaythai sport as first of all, in Sabah we are far behind from Peninsular in Muaythai event. The Sabah Muaythai Association was just about 4 years in Sabah. I take this advantage to proof that Sabah is not far behind compare than Sarawak and also peninsular.

As a President of Sabah Muaythai Association.. I take this responsibility to grow this sport for Sabahan as a platform to go international. I work closely with my company as I think that from doing this.... we can easily get a win-win situation in many ways.​

Yourself Tuan Haji,... have you practice MuayThai before? or any other martial arts?
Silat perhaps?

Frankly speaking, i have no muaythai background or any other combat sport but i love to watch the combat sport.​

Why do you choose to have D1FC Rhino Invasions outside Sabah this time? Why in KL?

As D1FC is growing , it's D1FC fan base is also incresing rapidly and we have to support more activities in Malaysia so that the event will be bigger from time to time. And again... a road show event will take place in Sabah respectively. One thing is the hub of flight because the fighter is coming from everywhere in the world.​

You are bringing many international fighters to Malaysia for D1FC, how were you able to do this?

We have link and contact and we have also our scouting team as our match maker for fighters. But it is not easy actually. ​

Is D1FC purely a private venture ? what is the level of support from government?

​So far, we thank you to all goverment such as Kementerian Belia dan Sukan Negeri Sabah and Majlis Sukan Negeri Sabah, Sabah Tourism Board and Ministry of Tourism Sabah for recognise and supporting all the time since our 1st event.​

In your opinion , what is the standard or level of skills/talent of Sabahan & Sarawakian nak muay?

​At the moment, we know that Sabah has started a bit late... but from this platform, we are able to compete other fighter from outside already. This is proof from our 6th event previously.​

How many events are you targeting to organise per year?

Yup, we are considering from now on for live streaming especially for our fans all over the world​. Will keep you inform, check out our FB page to remain posted

Personally which fight are you looking forward to?

What is the role of Dihnar Boxx Arena?

You also support the local martial arts scene, such as JFL and the Karabaw team in MIMMA.
Do you plan to promote other martial arts in the future?

Yup as long as it's combat sports and football.​

What is your aspiration or objective for D1FC?

Our objectives is to make Malaysian proud for having a world level event like this in their home soil and hoping more fans will supports us in our future event be it in Malaysia or outside this country.

Thank you Tuan Haji Nazri for the opportunity to interview you. Warriors of Borneo wishes you and the organising committee a smooth and successful event

Fight fans out there, treat youself to an action packed weekend. Go grab your ticket now while it's still available.

The organisers also has cool limited design T-shirt available for the events, check out D1FC FB page to see how to order. 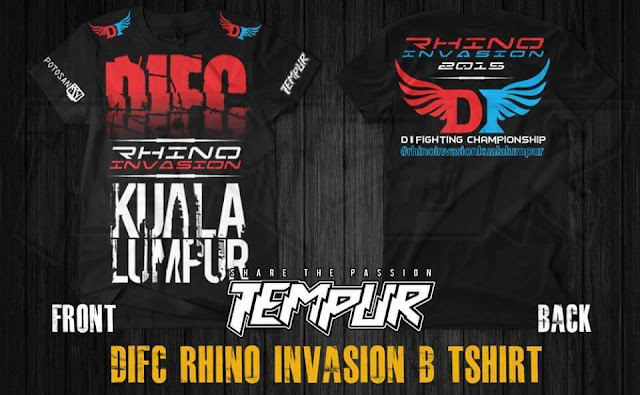 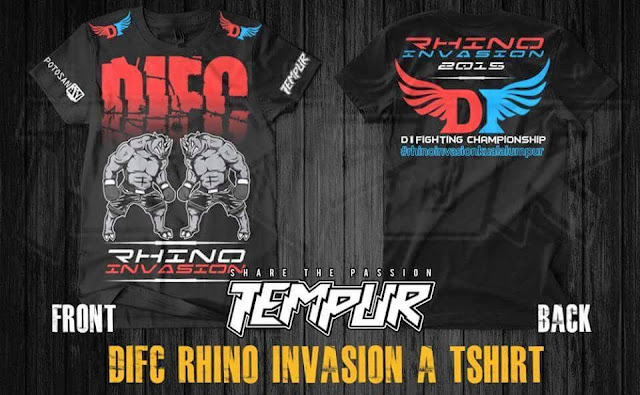 Meanwhile stay tuned as I will post some interview of some of the feature fighters of D1FC The Rhino Invasions soon!!! 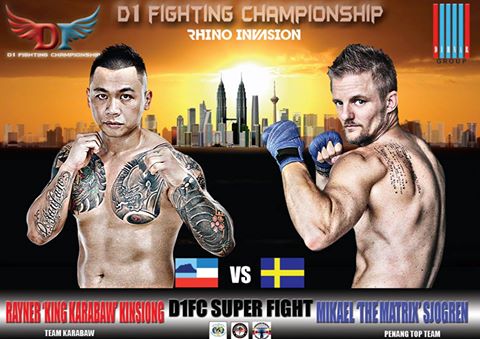 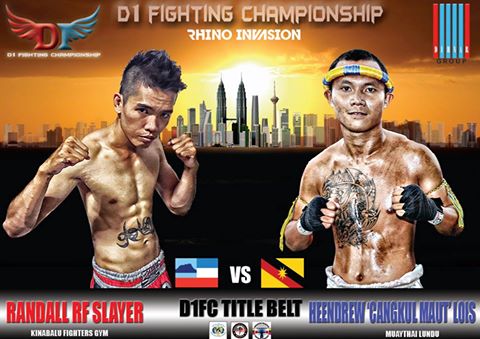 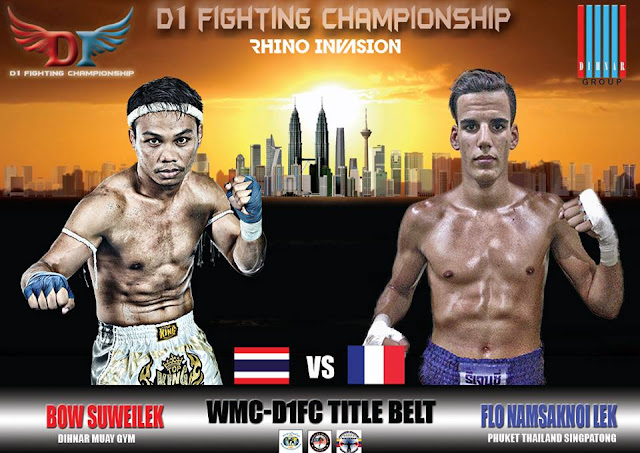 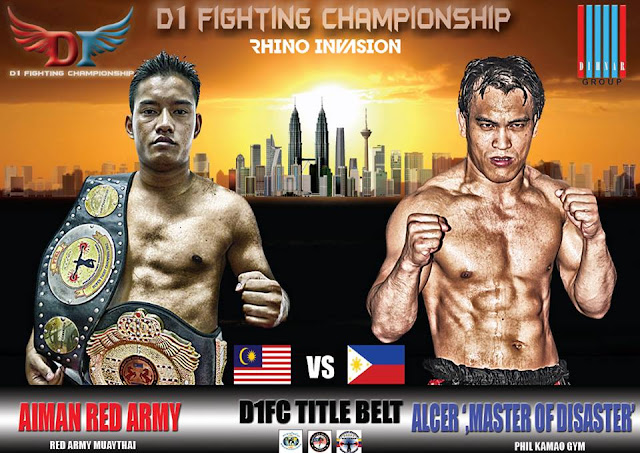 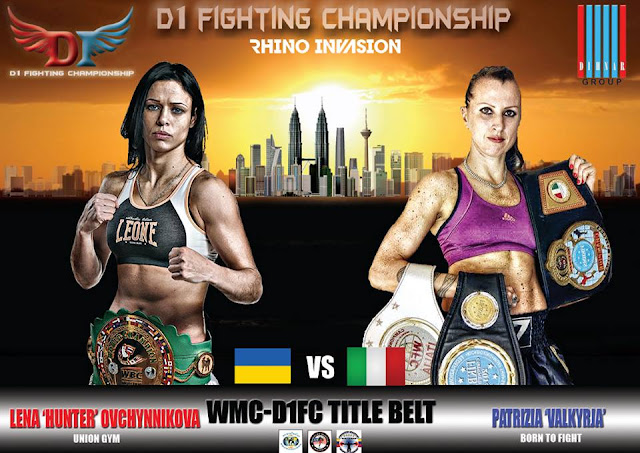 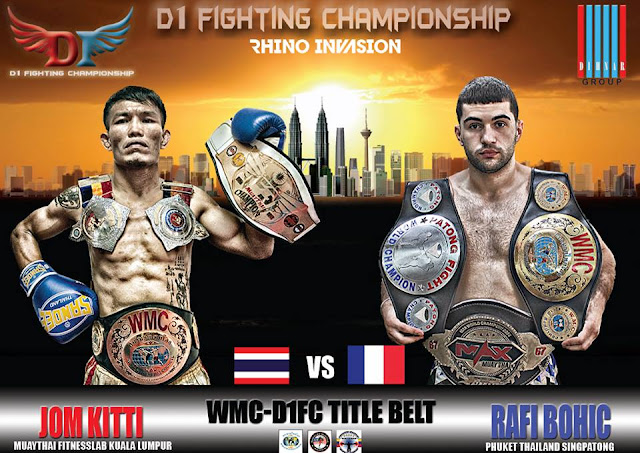 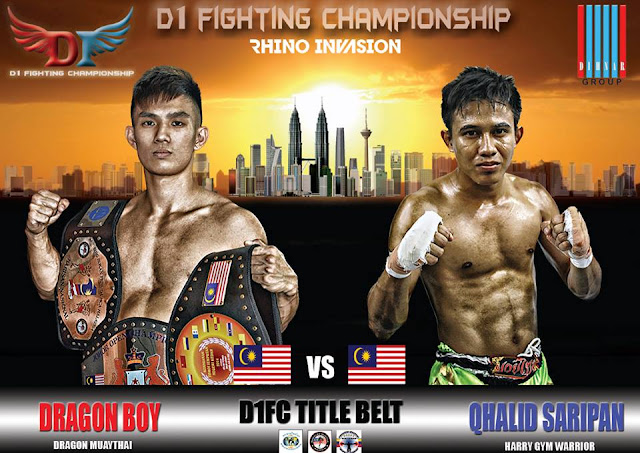