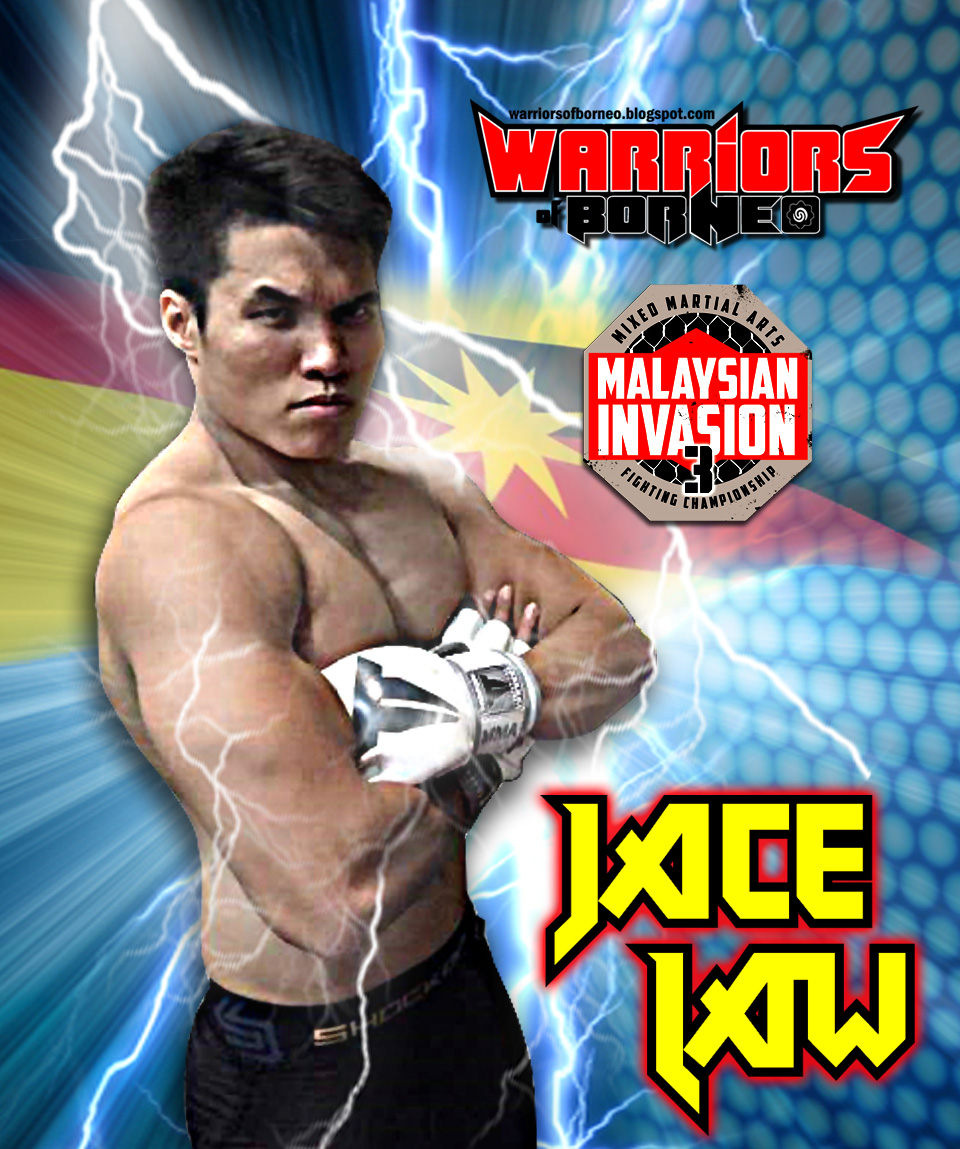 Jason Law or Jace as he like to be called is from Kuching Sarawak. Another nickname that unofficially has been given to him is JKO. Yup, Jace has been collecting KO & TKO enroute to his Grand Final appearance this 10.10.15.

In 2014 MIMMA season 2, Jace won KO & TKO in the initial round but his journey halted at Semis losing by  decision. Knowing that his stand up striking is his forte he is very determine to make amend this year by improving on his grappling. Jace has preparing well under GymBox head coach Matt Pellino. Training with his other high levels team mates they have push each other to be better all the time.

Alongside Jace, Gymbox Kuching will also have Melvin Kho & Ahmadjon in the Grand Finals. His other team mates, Mardonov just won Jesselton Fight League Lightweight title in Sabah on 4.10.15 and Stephen Onn Jenggieng ( MIMMA2 finalist ) won the National Golden Gloves boxing in Sept. With team mates at that high level, there's no doubt Jace had a good training camp to prepare him for his own title match. 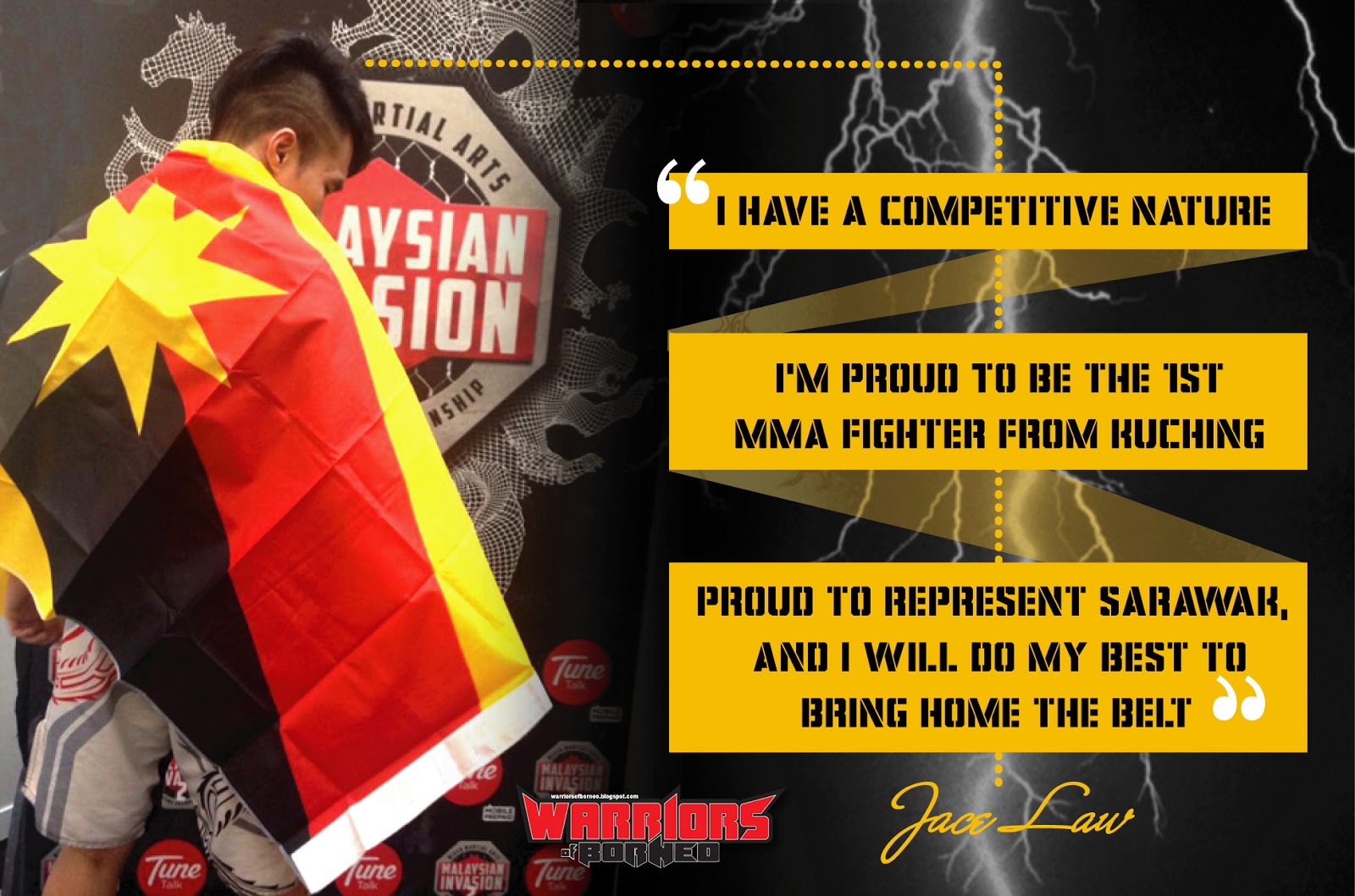 Jace won 3 times in the initial round of MIMMA3, winning by 1 KO & 1 TKO, in Semis he met his good friends Samuel Lai of Sabah, perhaps pulling some punches he won by unanimous decision.
But make no mistake, in the Grand Finals Jace won't be showing any mercy for Muhd Hasrul.
Hasrul as the defending champion is also a heavy striker. It will be a good war between two prolific strikers, and bringing back the Lightweight belt to Kuching is Jace ultimate goal.

Let's get to know him a little better...

Hi Jace, what is your heritage? Tell me a bit on your family background?
My dad's Chinese and my mom's Filipino so I'm of mixed heritage...and proud of it.

Tell me how you feel reaching the final of MIMMA? Do u expect this?
Well I feel very happy and honoured to reach this grand stage...its like the Wrestlemania of Amateur MMA in Asia.. so yeah I'm super excited! Haha! And yes I do expect it as I've been preparing and training relentlessly for this with a great coach and team helping me and each other out.

There are people labeling you JKO for your regular KO win over your opponent, are you happy with this? or you have another nick name?
Well the JKO thing was actually just a joke among my team mates..obviously a parody of Randy Orton's RKO...They started using the hashtag on facebook and instagram and next thing you know I'm being promoted as JKO on the MIMMA page..I'm fine with the nickname... Actually grown into liking it... And no I don't have any other nicknames,

not that I know of at least haha.
You are very focus in the cage, what goes through your mind when you first step into the cage?
First thing that goes into my mind when I step into the cage is to be calm and steady. Get comfortable and then do what has to be done.

Do you get much attention at uni/college for reaching the MIMMA final?
Hmmm...no haha

What's your game plan? stand & strike or challenge him on the ground?
Well I can't really say...I think the best is to adapt to the situation and not limit myself to only one aspect of fighting. However as usual I do prefer it if we keep the fight standing.

Have you studied your opponents fighting style, he looks like a big slugger in MIMMA2, do you see any weakness to be exploited?
No I left that all to my coach he'll tell me what to work on and whatnot...my job is to show up at the gym and train whilst keeping myself healthy leading up to the fight.

To date which fight for you is the toughest? and which is the most satisfying win?
Toughest fight was MIMMA 2 Semi Finals against Mok Judo. Most satisfying win is against Vinod Dave. Both tough opponents and both have my respect.

Please share your thoughts and experience training in TMT?
It was tough and challenging but fun at the same time. Made new friends along the way.
A really great experience overall.
MIMMA3 finals will be a big event with plenty of media coverage, how do you feel?
Do you feel like a underdog going into this fight?
I feel nervous and excited simultaneously. It’s a feeling I always get leading up to a fight,
only this time its amplified. And since I'm the challenger in this title fight I am the underdog..

How do you feel about the support given by MIMMA's team?
Its great. The MIMMA team is awesome. All good people.

Preparing for fight in the final weeks must be intense...what is your training schedule like in a week?
Intense as always. I train once in the morning and once in the evening. Everyday except the weekends. During the weekends its only one session in the afternoon.

Usually how do you unwind after a hard training week?
Easy. Hanging out with my friends and team mates. And of course spending time with my girlfriend too LOL

What is your normal weight? Do you have to cut much weight for Lightweight?
I walk around 74kg all the time give or take. Don't have to cut alot I guess. I don't like cutting weight and I'm fine with fighting bigger guys.

What's your message to Hasrul?
Well, I respect him as a person and as a fighter.
But there can only be one champion...and I will give everything I have on that night to be the new MIMMA lightweight champion.
All the best to you for a win this Grand Finals Jace!
Thanks for having me bro as always I really appreciate it 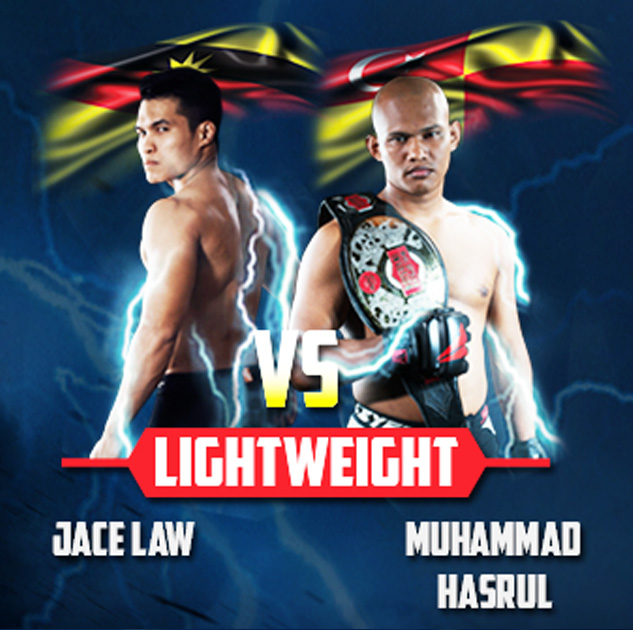