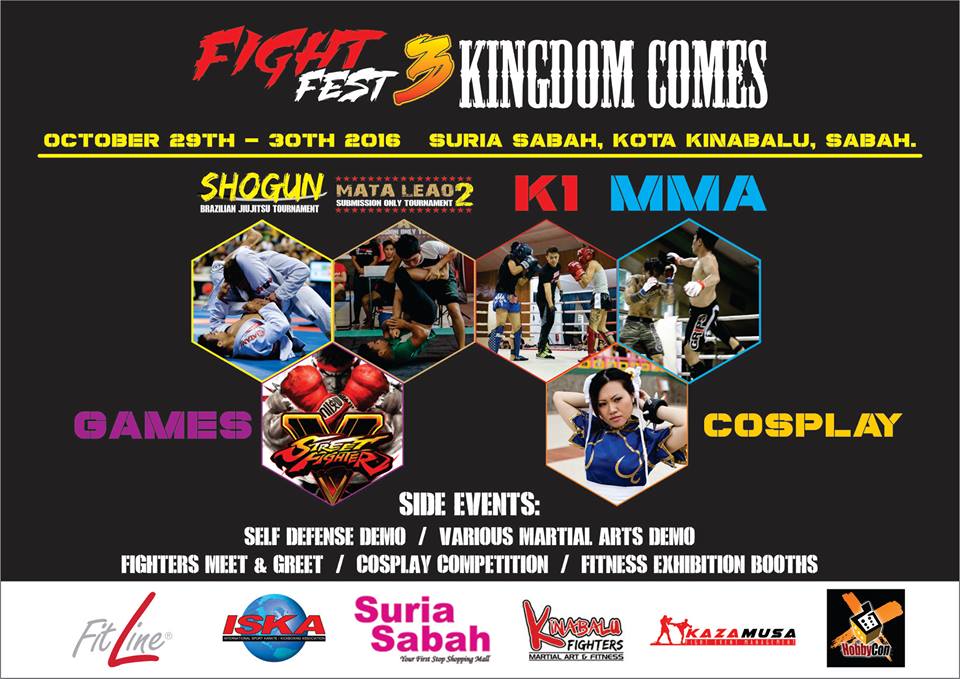 The 3rd instalment  of Fight Fest is named Kingdom Comes. This time around, it is going to be a hive of activities, which require a bigger space, and hence location is confirmed at SURIA SABAH.

Last Sunday 16 OCT 2016, Fight Fest held a meet the coach session at FitLine Center, Penampang. This session was held to give organizers, gym owners, & ISKA Borneo representative to meet and clarify on competition rules. It's also where main sponsors FitLine can give a briefing on how their products can help fighters achieve peak performance. 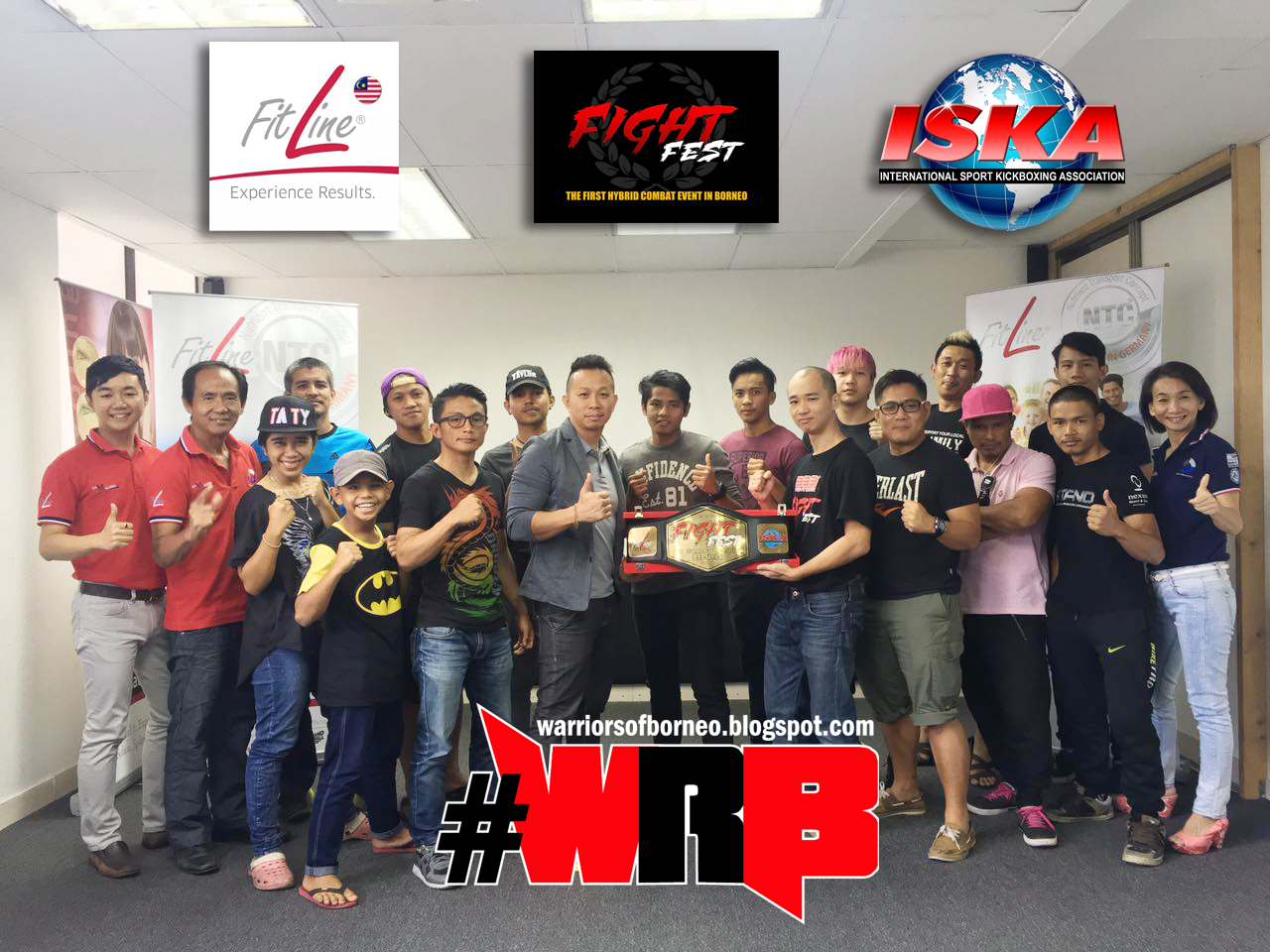 Among the subject discussed:

It was conducted by organizers & Fight Fest founder, Johan Julian of Kinabalu Fighters and ISKA East Malaysia representative, Alvin Chong of Borneo Combat Gym. As for FitLine supplementation talk was given by Mr. Thomas Tay.

Fight Fest III will be a platform to select the best fighter from Sabah to compete in ISKA National tournament, which is plan to take place next year.

Fight Fest 3 will create history in Borneo as the 1st hybrid martial arts event. It combines :
There will also be a free Luta Livre seminar to be held on 28 OCT. conducted by Luta Livre Blackbelt Afonso Cego & Luta Livre Brownbelt Antonio Battistessa.

For non martial arts activities, in colloboration with HOBBYCON there will be : 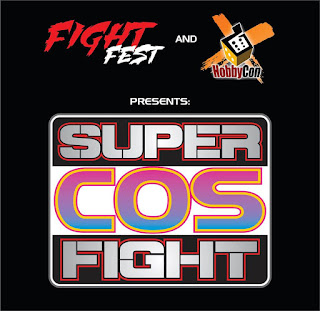 It is truly becoming an event for whole family. Those that likes to watch fight can do so and their family and children can enjoy the Cosplay and Console games activities. Those not into martial arts but are fitness freaks, SFAS (Sabah Functional Fitness Association) will conduct a fitness challenge. Celebrity Fitness guru Michelle Koh will bring fun in exercising through her FUZE FITNESS session.

The event will be divided into 4 areas, 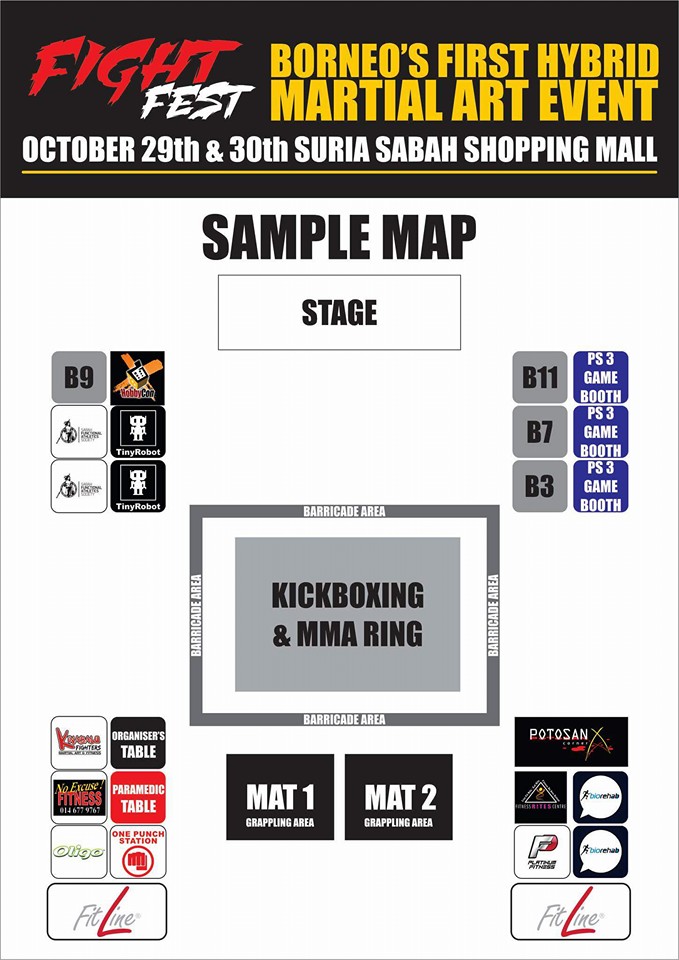 The hi-light will be the K1 65kg Superfight between Muhd Afandi of Team Revolution, Sabah vs Anil Mehta of Team Relentless, India. This fight will determine who is the owner of the shiny ISKA-FIGHT FEST belt. 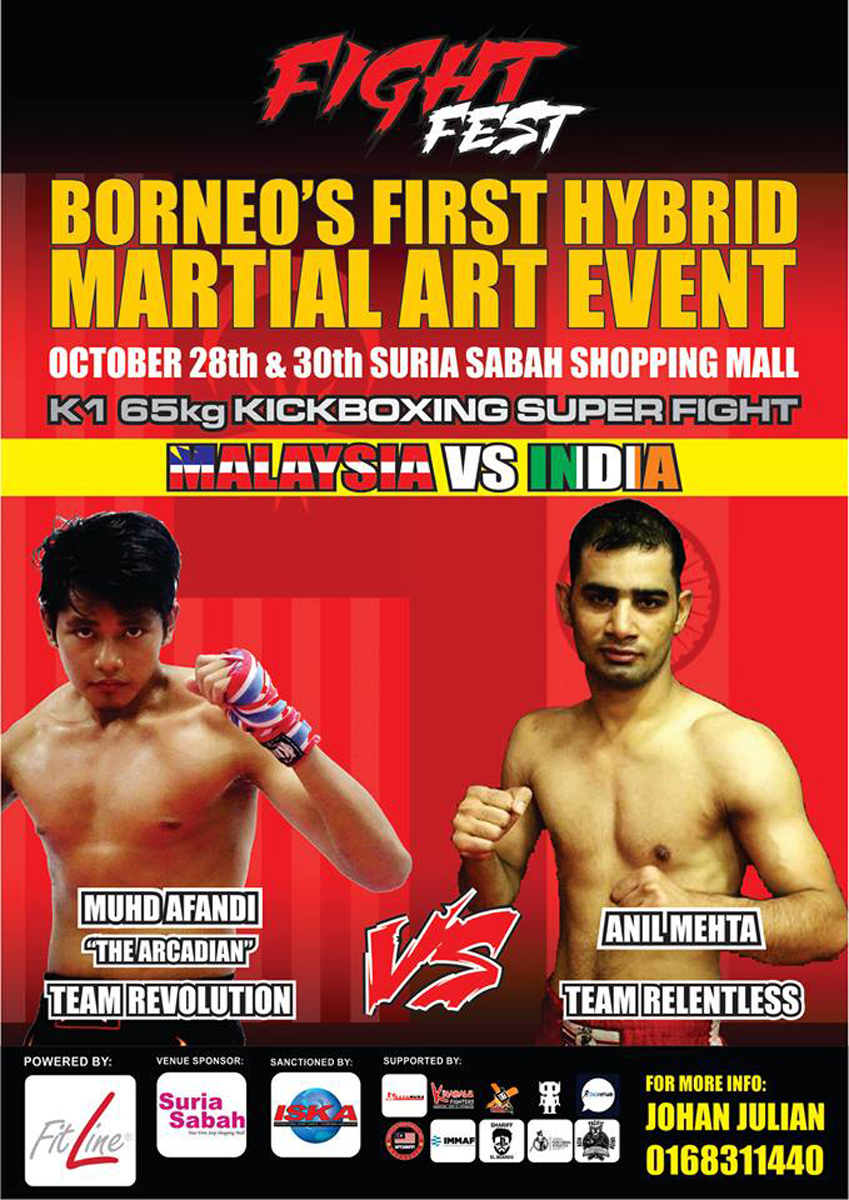 Another fight that is highly anticipated will be the MMA fight between JFL 2015 Bantamweight and FF2 Superfight Champion Mohd Hasbullah of Karabaw Keningau vs the MMA raising star Joel Nickolson of Sabah Top Team. 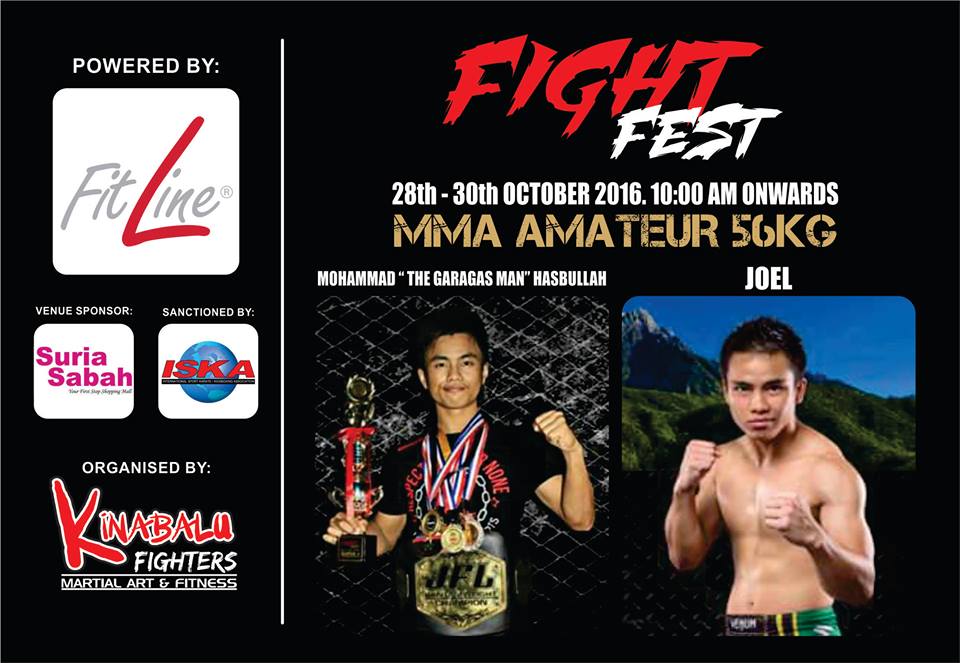 Check out the schedule below: 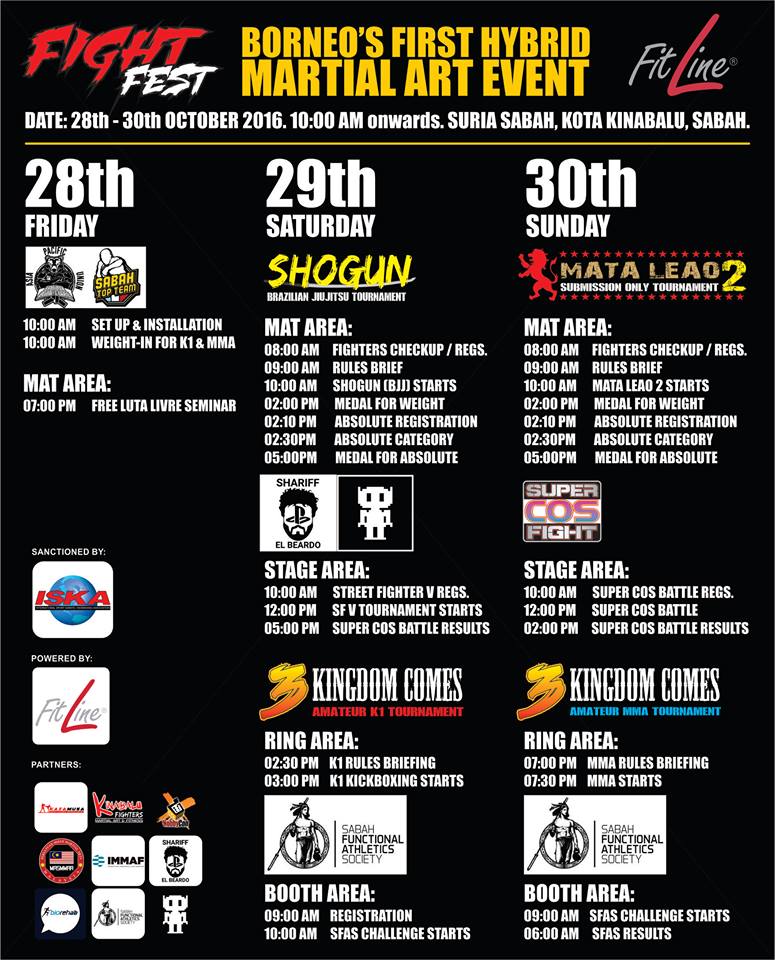 Personally I'm very excited about this event. Because they are so many things to see and do. I just wish I can multiply myself and watch all the event.

This is definitely an event that will keep you entertained whole weekend and satisfy your thirst for martial arts action. Entrance is free!