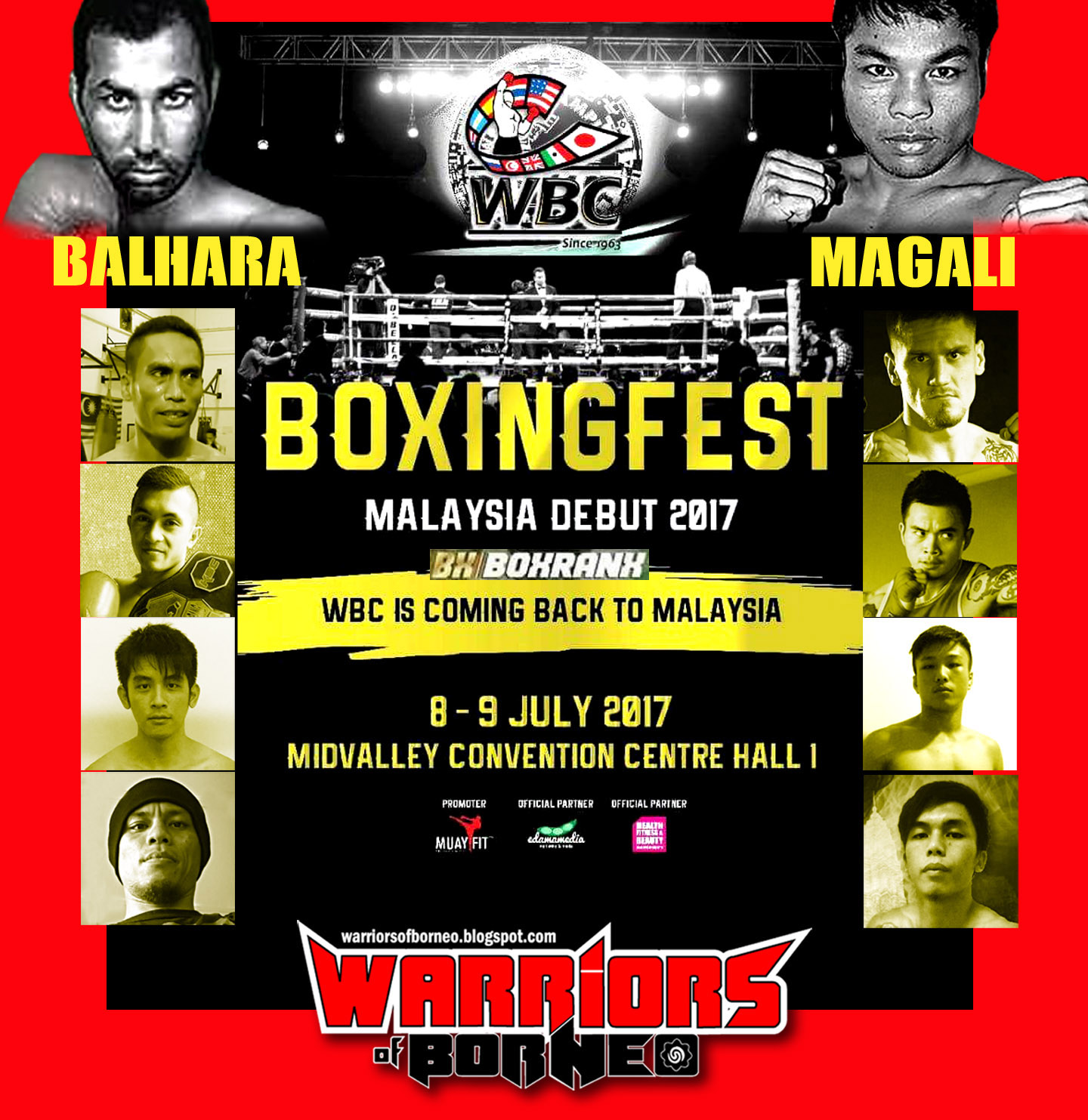 There's no doubt that in combat sports, MMA has grown tremendously. As the world fastest growing sports it has created waves through UFC in the west and ONE Championship in Asia. But recently Boxing is getting back into the headline.

MMA event lead by MIMMA is growing, with plenty of competitions in Johor, Sabah and KL. But Malaysia hasn't seen a pro boxing event since 1975. That was in Merdeka Stadium when Boxing legend, the late Muhammad Ali defended his WBC Heavyweight title against Joe Bugner. 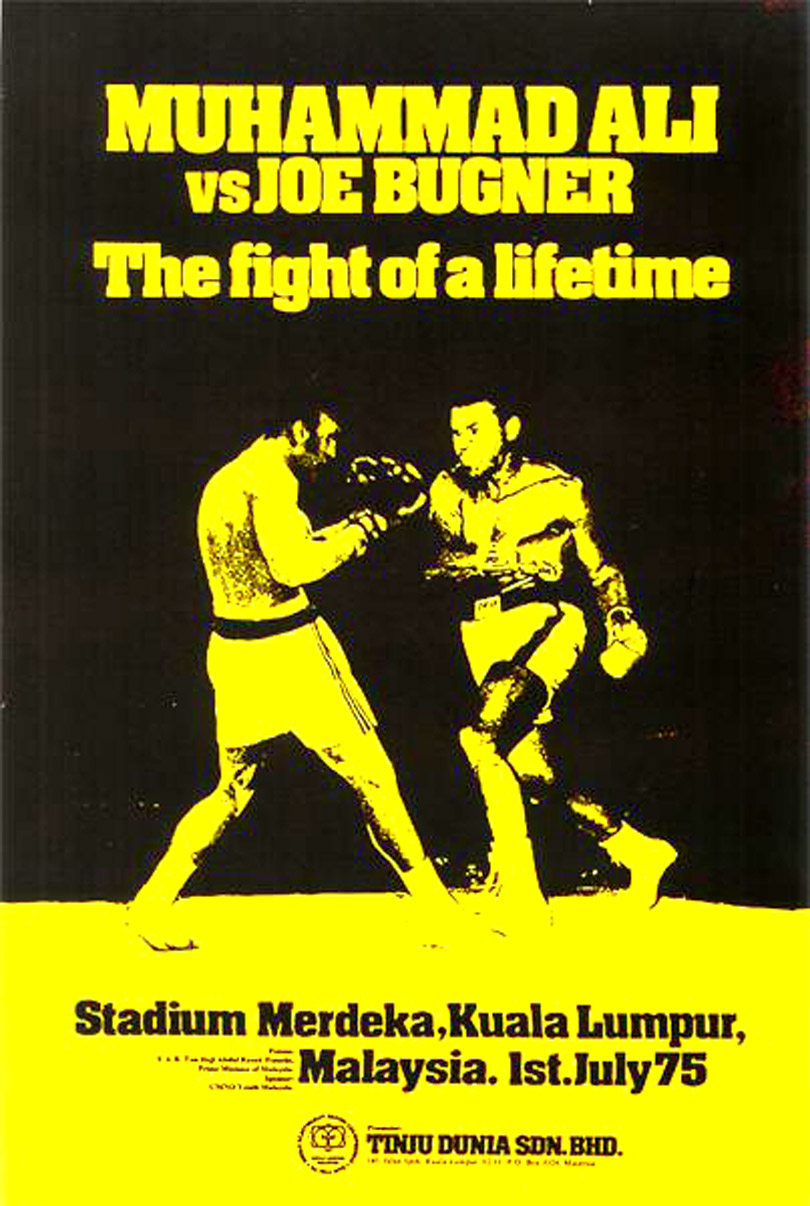 Aside from 1998 when Boxer Sapok Biki of Sarawak winning the Commonwealth Games gold medal. Boxing has not made much headline in Malaysia.

In fact it is down south in Singapore that brought back the resurgence of Boxing for Malaysia. In Feb 2016 Fight promoter Arvind Lalwani through Singapore Fighting Championship, organises WBF ( World Boxing Federation ) boxing matches. Which saw Sabahan Hisyam Sam of Borneo Tribal Squad emerged as the 1st Malaysian to win a WBF Asia Pacific Light Heavyweight Title. 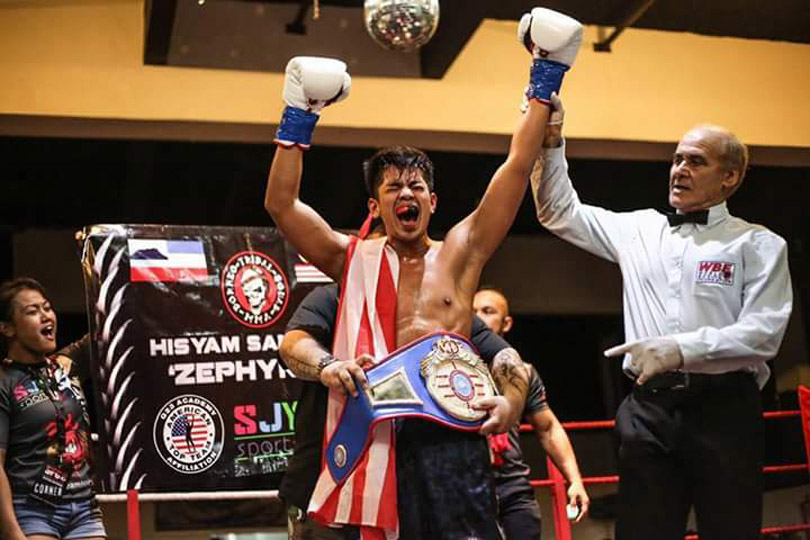 Then Ringstar promoter Scott O'Ferrel brought the UBO ( Universal Boxing Organisations ) matches to Singapore, which saw MIMMA Middleweight Champion Mirage Khan becoming the 1st Malaysian to win UBO Inter-Continental Light Heavyweight title in Feb this year, but did not manage to hold on to the belt when he lost it in May this year in a fight in Resort World Singapore.

To have a WBC event back in Kuala Lumpur, after 42 years absence, featuring Malaysian pro boxers is definitely a significant accomplishment for Malaysia's boxing scene. Boxing promoter, BOXRANX is able to do this and this truly mark a new beginning for boxing in Malaysia.

In preparation for this major event, WBC-OPBF organised a referees & judges seminar in Oct 2016 at MuayFit. WBC previously in Jan 2017 held an event in Johor Bahru where Malaysian Mohd Farkhan was crowned as the WBC Asia Light Heavyweight Title. 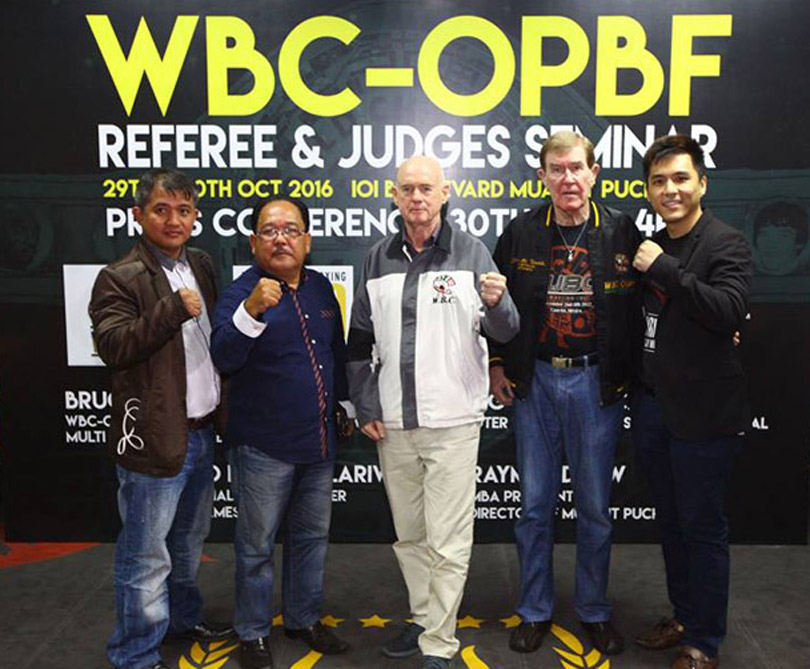 WBC Boxing Fest will be on 8-9 July 2017, held in conjunction with Health Fitness and Beauty Expo in Midvalley Megamall Exhibition Center (MVEC) 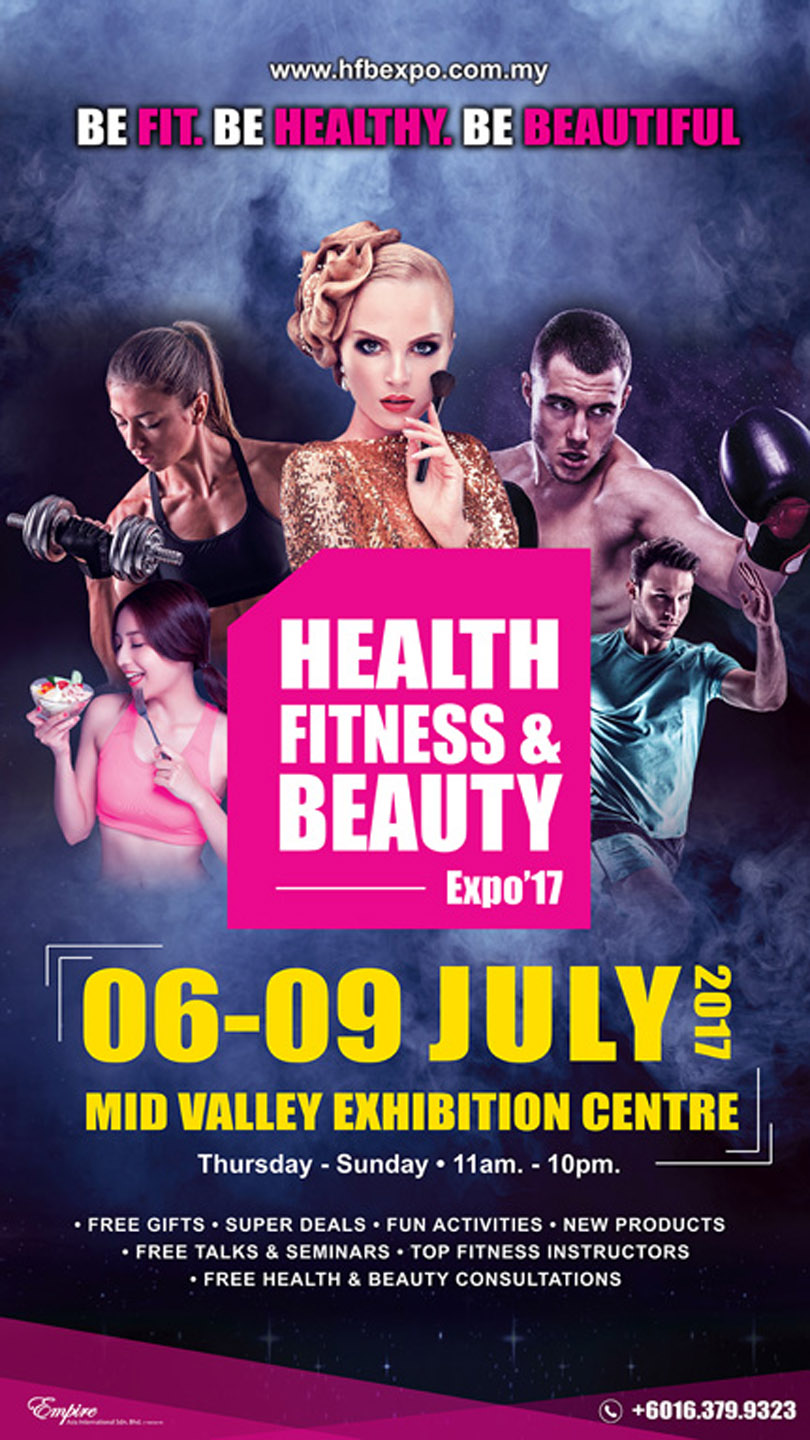 As for 9 July 2017, will have WBC Professional Boxing matches featuring the best of Malaysian Pro Boxers and also the main event for the WBC-OPBF ( Oriental & Pacific Boxing Federation ) Silver Championship bout.

For the uninitiated WBC is one of four main governing bodies in Boxing globally, the others being WBO, IBF & WBA . WBC was formed in 1963, being the 2nd oldest Boxing organisations after WBA. Among some notable WBC champions are Muhammad Ali, George Foreman, Mike Tyson, Oscar De La Hoya, Floyd Mayweather, Manny Pacquiao, Gennady Golovkin.

It has regional sanctioning bodies affiliated to it and OPBF is the one overseeing Asia Pacific. The Silver Championship is a kind of interim or regional belt in which the Silver Champion can then progress to challenge for main belt.

This weekend will see Filipino veteran of 33 fights ( 21-9-3 ), Carlo Autentico Magali challenging for the WBC-OPBF Silver Championship in featherweight. His opponent is Indian Sandeep Balhara. Not much is known of Balhara, with only with 4 fights in his record, but 3 of it is via KO.


Borneo & MIMMA ( Malaysian Invasion MMA ) will be well represented for this event.
Sabahan Lesley Dulamit will debut as a pro in the first bout of the day on 9 July. Lesley hails from the town of Tuaran in Sabah, 45 mins from Kota Kinabalu. Now 22 he took up Taekwondo as a kid but was introduced to Boxing by his late uncle Jay.

He was with Tuaran Boxing Team but has since joined Team Karabaw Tamparuli led by coach Vallerio Gumbilai. Under his guidance, Lesley improve on his skills. When there's no boxing competition, Vallerio signed him up for MMA, Muaythai & Kickboxing competition.

His opponent has been change and the new confirmed one is Gerald Baiguen Salvador. Also debuting as a pro. Vallerio said their game plan stays the same and will focus on what Lesley can do rather play to the game of his opponent. 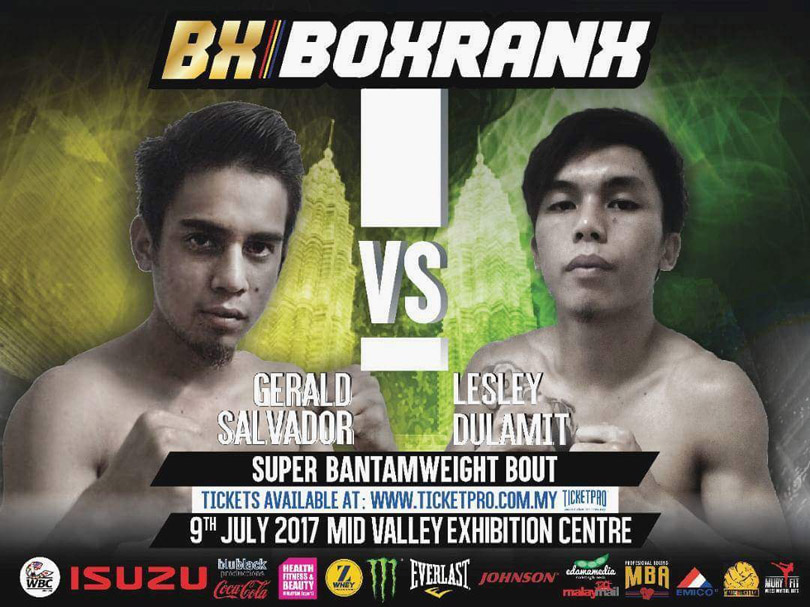 The most senior Malaysian boxer on 9 July is Sabahan soldier Rudy Petrus. Rudy is in the special forces unit of Malaysian Army and a seasoned boxer and has represented Malaysia in 2013 &  2015 SEA Games. This will be his pro debut.

His opponent is also a veteran in combat sports, with more than 70 fights to his name ( with close to 50 MMA fights ), is Will ' The Kill ' Chope. He is a former UFC featherweight and well known as the most active fighter in Asia, taking 3-4 fights a year, be it MMA, Kickboxing, Pro Silat, Muaythai or Boxing, Will does not care. As long as it provides him income to support his young family.

This will be his 2nd pro boxing bout and he is looking to use this height and reach advantage to get the victory. 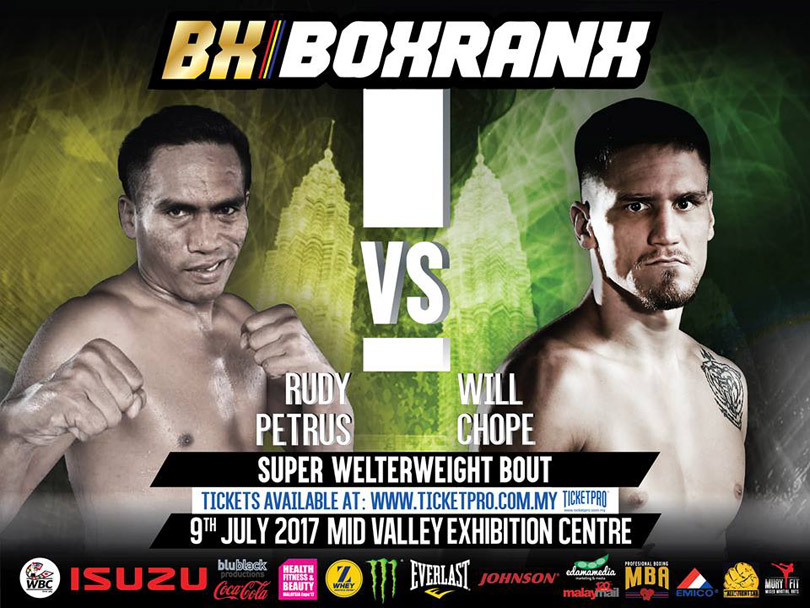 Another experience boxer is Eddey Kalai. A SEA Games and Malaysia Games Boxing Champion. This Sandakan lad is very excited for his pro debut. He has been looking to turn pro for a long time but the opportunity didn't appear until now. He has kept himself busy by using his boxing skills in MMA. He was the semi-finalist of MIMMA 3 and became the flyweight champion for Jesselton Fight League in 2015 and runners up in 2016 MIMMA.

Eddey's is a family man and makes a living coaching in his Kalai Brothers Boxing, together with his younger brother Effendy Kalai, whom will also fight in the semipro bout.

Eddey's pro debut will not be easy as he faced American Jonathan Clemons. Officially this is also Jonathan's pro Boxing debut, but make no mistake, he is a well experience boxers; Having fought in the American scene but some unsanctioned fight are not recorded.

Clemons is a boxing coach in Monarchy MMA Gym in KL and has trained Malaysia MMA star Agilan Thani. This will be a fight between two seasoned boxer which will produce plenty of action, so don't miss this fight which is the 8th bout on 9 July. 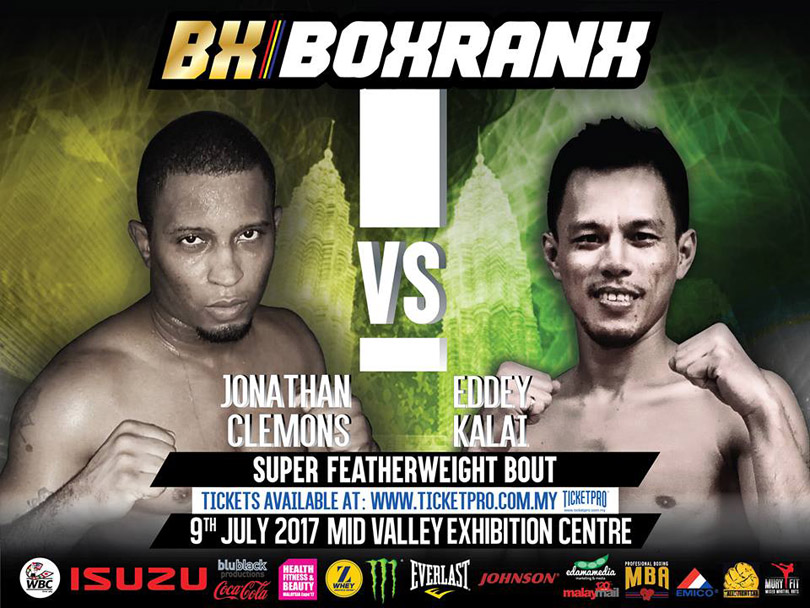 Fight of the big boys

From his younger days as an overweight boy, Stephen overcome it with much determination and took up martial arts and weight lifting and became a trainer in The Gym Box Kuching. He took part in MIMMA tournament in 2014 and was the finalist.

This WBC fight at Cruiserweight will be his fourth fight. His first two pro fight was successful with KO victories. The set back was in May this year when he lost to Australian MMA & Kickboxing champion Ben Kelleher. Stephen learnt well from his mistakes and will be a smarter boxer this weekend going against fellow Malaysian Mohd Hanafi. 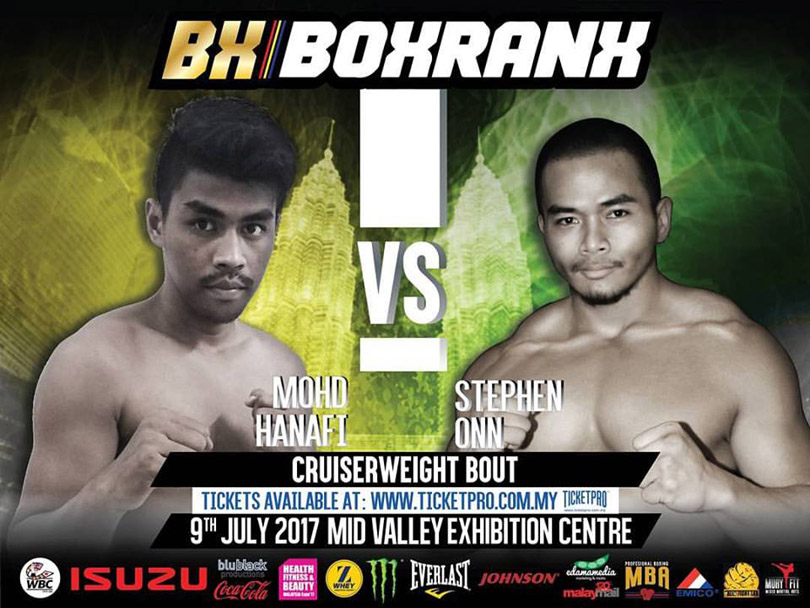 Fight of the night contender

Stephen's will be accompany by fellow Sarawakian , Daeloniel McDelon Bong. ( read my previous story on Daeloniel on his pro debut here ). Fondly known as Delon, this young lad of 18 just finished his SPM last year but already fought twice ( 1-1-0 ) as a pro boxer in Indonesia. Delon trains at Betong Boxing Academy. He use to travel for hours to Kuching to train under his mentor Fred Mandagi.

Now coach Fred is employed by MSN ( Majlis Sukan Negeri ) Sarawak and leads the training at Betong, which gave Delon more time and focus training under him. Delon is putting in plenty of conditioning work to ensure he can outlast and outpunch his opponent Jackson Lee.

Delon will need that as Jackson Lee is a seasoned MMA and Kickboxing fighter. He was MIMMA2 Semi-finalist and has actively fought in Ultimate Beatdown and F3 Championship. With a nickname Iron, Jackson is known to have heavy hands and always looking to finish the fight early. Their bout is no.4 , so don't visit the food booth or the loo when this happen or not you will miss out a potential fight of the night. 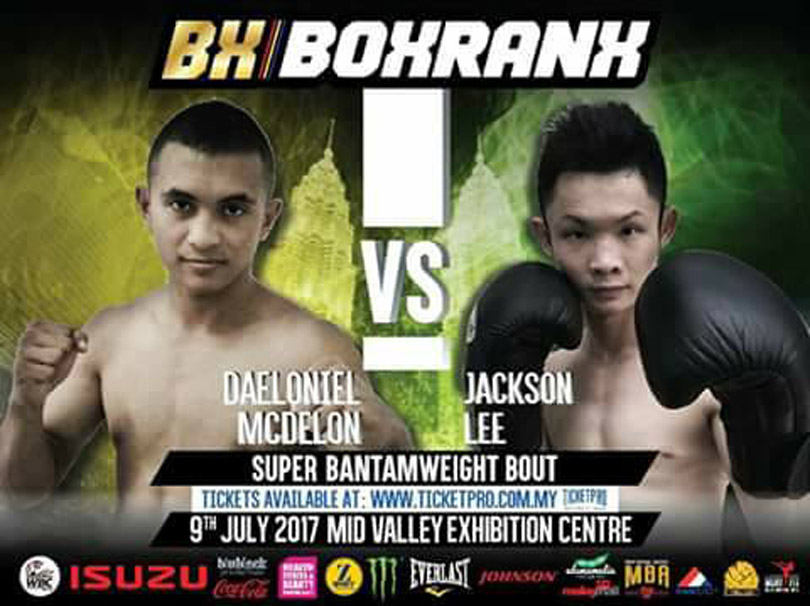 Fight of the new breed vs old master

Bout 7 promise to be fireworks. Hui Keng Fai (2 -0-0, 2 KOs) who is a current boxing champion in Singapore as well as an amateur MMA champion in MIMMA, will be fighting Professional Boxing for the first time in his home of Kuala Lumpur and in WBC.

Keng Fai started in MMA and was a regular in MIMMA. He managed to reach MIMMA's semi-finals for 2014 & 2015. Looking at how promising he was, MIMMA decided to feature him in the 2015 Grand Finals. He won the fight convincingly with a standing guillotine.

From then on he came back in 2016 very strong, reaching the finals meeting defending Lightweight Champion Jace Law. That fight was considered one of the best fight in MIMMA's history. Both fighters showed tremendous fighting spirit and high boxing skills as they slug it out for most of the rounds. Keng Fai emerge as Champion with a submission win. With growing confidence of his boxing skills, Keng Fai seek more action and fought pro boxing in Singapore.

In only his 2nd pro fight in Singapore recently in May, Keng Fai achieved success by winning the UBO Asia Pacific Welterweight title.

He will be facing professional MMA veteran and Pro Boxing debutant Sam Chan. Sam is one of the pioneer in Malaysian MMA scene. He fought in the now defunct Malaysian Fighting Championship.
Equip with lots of heart and high spirit despite the lack of proper technique. He lost his debut MMA fight against Malaysian MMA pioneer Melvin Yeoh in 2011.

Not a person of ego, he knows that the only way to improve is to learn from the best...and he went to learn from Melvin. And along the way also train and learn from Matt Pellino and Will Chope.

Sam last fought MMA in 2013, with a win in Legend Fighting Championship 11. He partnered a friend and decided to start a gym in 2014. It took up a lot of his time. Things got worst when his partnership didnt worked out. Sorting out all this and starting another business venture into furniture took more of his time away from training.

But Sam's heart never left the fighting scene. He made a decision to come back. And has been putting in countless hour to sharpen back his skills. Ring rust is anticipated, but Sam is not looking to pressure himself with a must win results. He just wants to relax and enjoy himself in the ring. Like Bruce Lee said, to have no techniques as your techniques, ...just go with the flow.

At 29, this may be considered late for a come back, but Sam is determined that with discipline and commitment he knows this will be a new beginning for him. 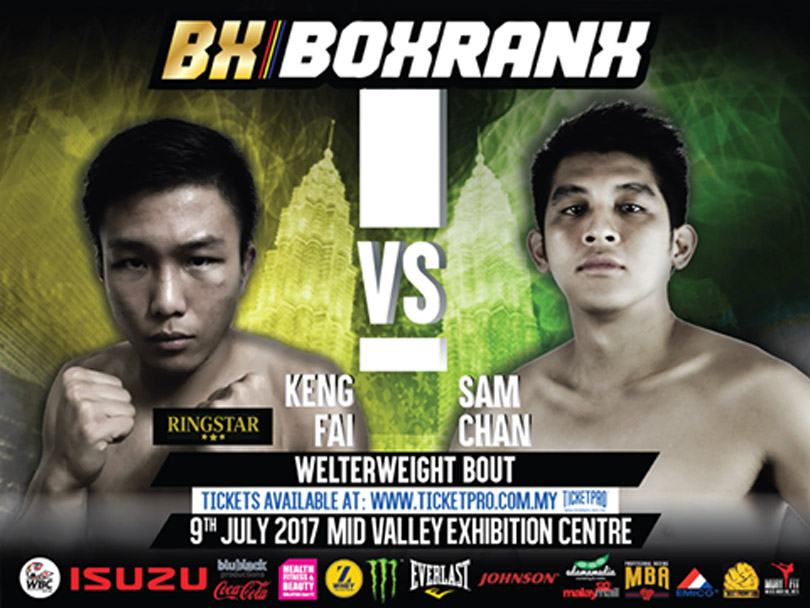 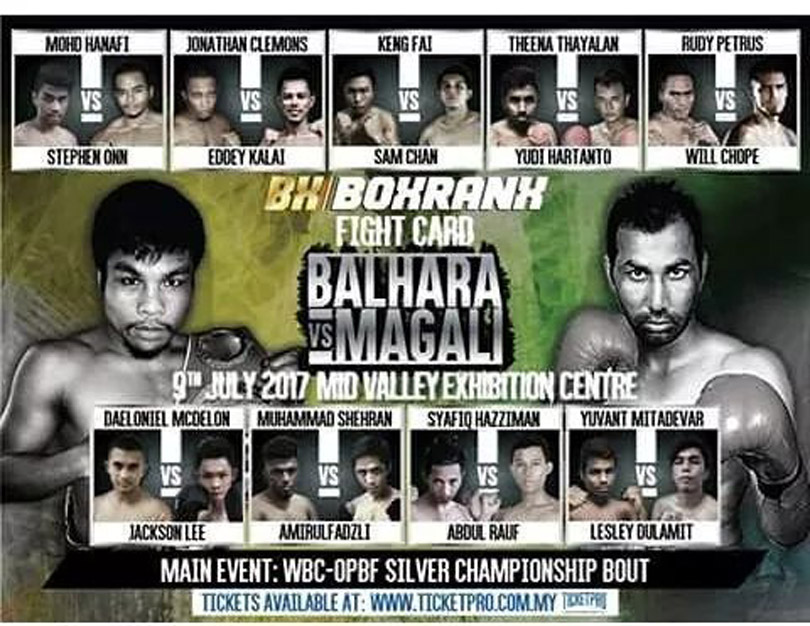