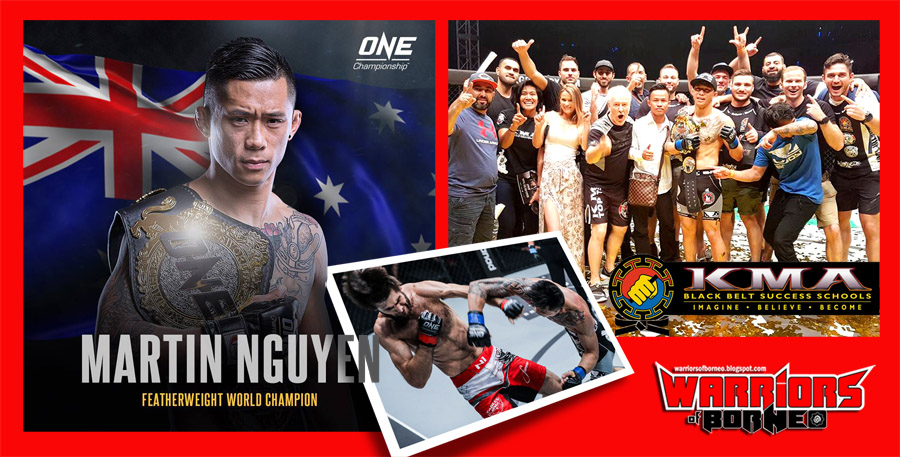 ONE CHAMPIONSHIP : QUEST FOR GREATNESS

It was a typical torrential rain of Kuala Lumpur. Started in the late afternoon, The sky pour down with thunderous roar. KL traffic was at a standstill. But this does not deter the crowds from turning up for ONE Championship #59. As the rain began to simmer towards 6.30pm, crowds began to que to go in Stadium Negara to watch Malaysian and international fighters slog it out in ONE's oval cage. 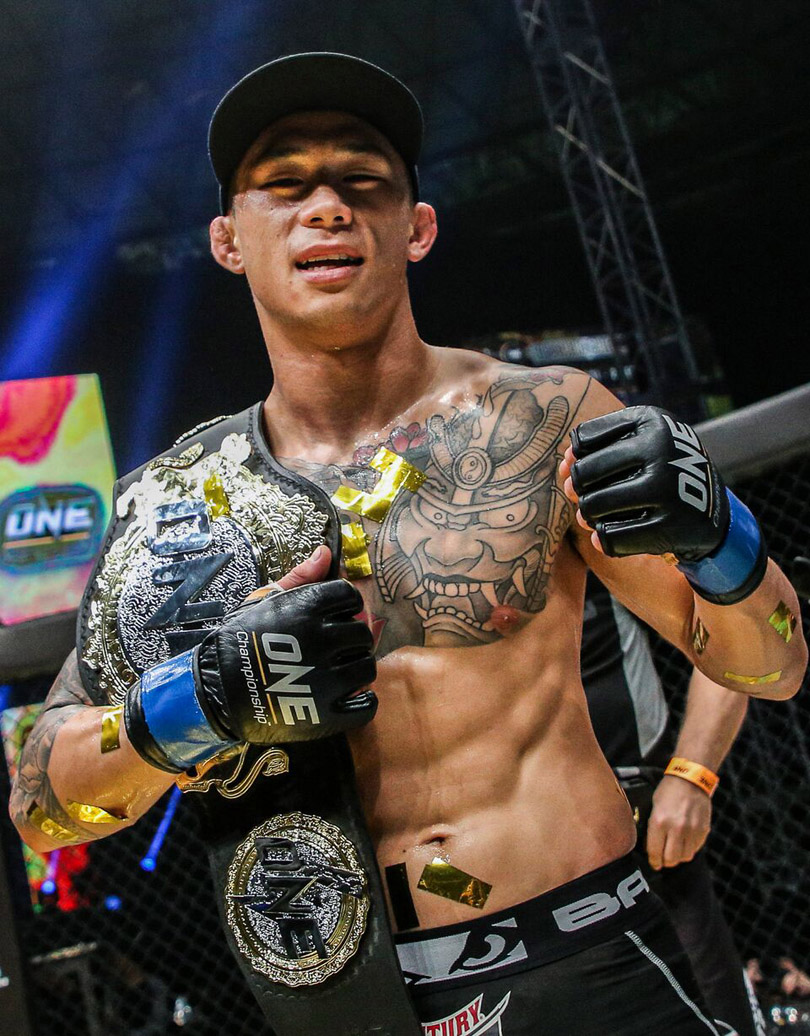 In the main event, Martin “The Situ-Asian” Nguyen shocked the world by stopping Marat “Cobra” Gafurov in their rematch to become the new ONE Featherweight World Champion.

It was sweet victory for Martin as his only blemished in his fight record was a lost to the now former champion Marat in 2015; a fight which Martin took on short notice. Losing by the Cobra's signature Rear Naked Choke. Now Martin returned a favour by creating Marat's only loss in his perfect record of 15 wins before that fateful night on 18 August. 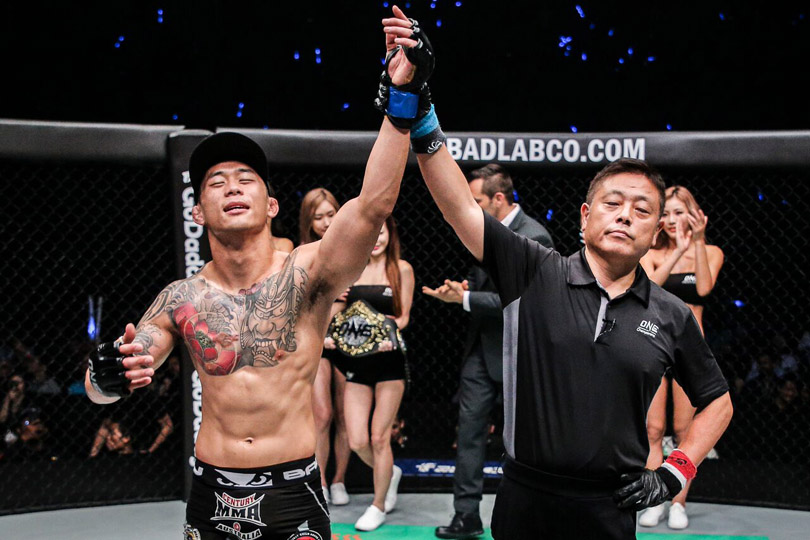 Entering this fight, Marat has an aura of invincibility. With a perfect no loss record, unprecedented 6 rear naked choke win in a row, and that 2015 41 seconds 1st round win over Nguyen.

It almost became of a repeat of that 2015 night when Gafuroz dominated the 1st round with numbers of take downs, at one point he got Martin's back & sunk in a rear naked choke. But Martin was calm. Took his time to gain control and reverse. 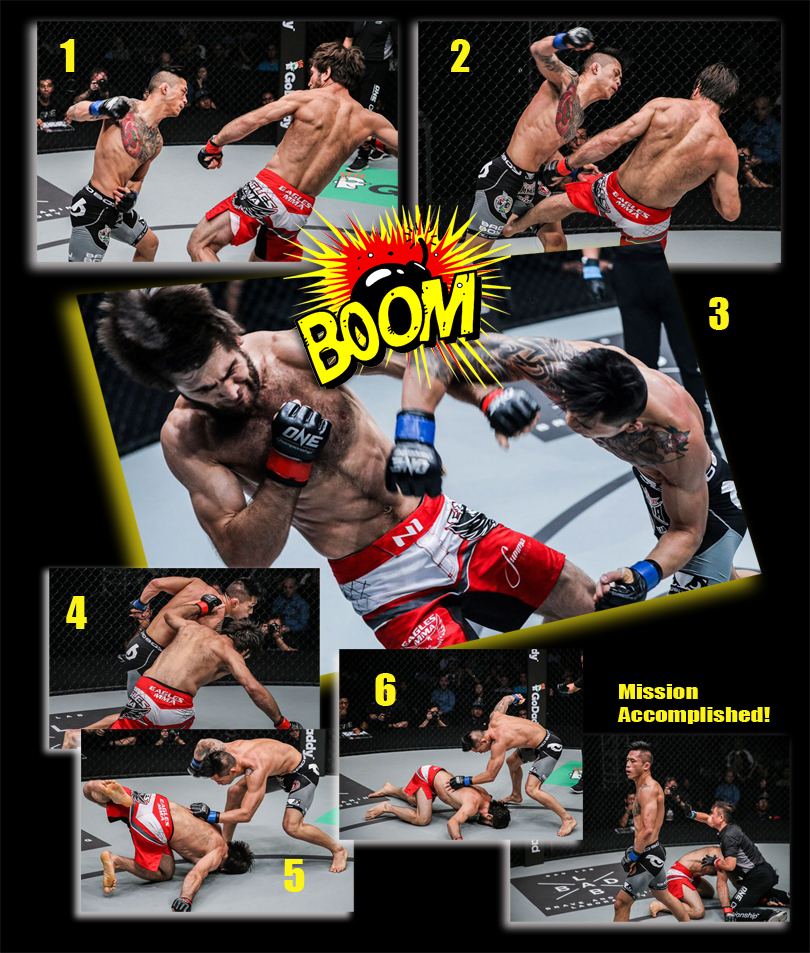 Nguyen found his groove in the second frame as he tore apart his Russian foe with his striking. Recognizing an opening, Nguyen countered Gafurov’s low kick with a thunderous overhand right that knocked faceplanted Marat at the center of the oval cage. Martin swarmed on Marat with a few more punch as ref Yuji Shimada jumped in to stop the fight. Marat immediately got up and was visibly upset as he protest the stoppage. He walked out the cage and was not presence when they announced Martin as the new Featherweight Champion. 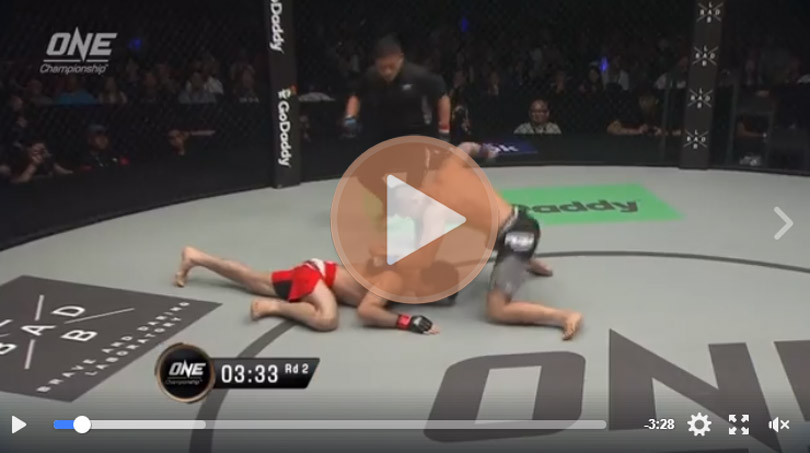 watch the finishing move by Martin

Nguyen’s Quest for Greatness accomplished and that victory also earned him the “GoDaddy Knockout of the Night” award. 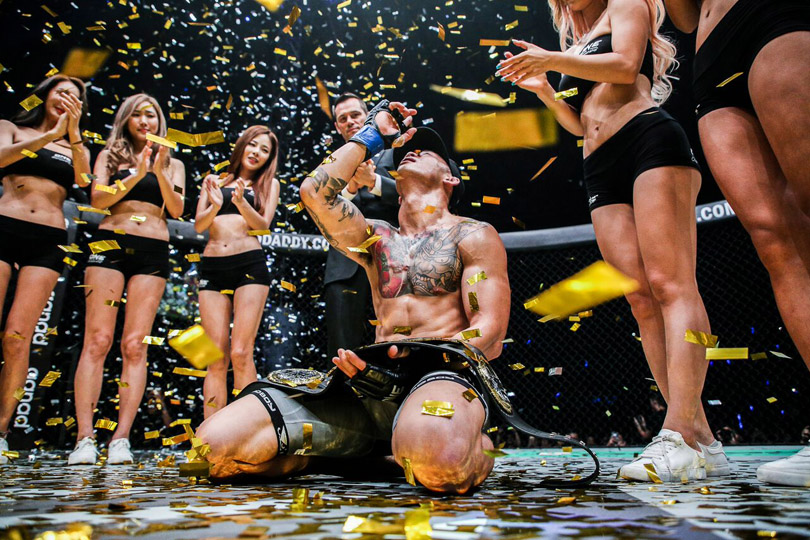 Martin Nguyen stated:
“I just want to dedicate this fight, not only to Malaysia for being so welcoming and having such a beautiful country. This is for my dad. He was my inspiration for the whole camp when I mentally broke. (He and) the boys kept me together. I’ve got a deadly overhand right, but it’s not my only weapon. Thank you to Marat for giving me the opportunity.”

On that overhand right that secures him the victory;
" We at KMA trained for it. We knew that he was a single striker. He would throw a single kick, a single punch & shooting for the take down. I was expecting all that he has done tonight, but it was just a matter of time." 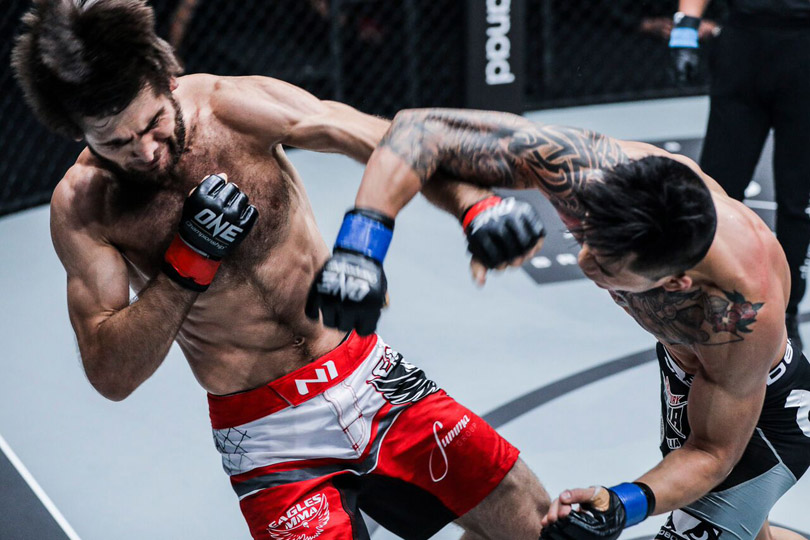 Ask on what went through his mind when Marat attempt a rear naked choke on him in the first round,
" He was never gonna get it.
I spent 8 weeks on my back, with black belts throughout the whole of Australia; and we got the no.1 light weight of Australia, BJJ black belt Bernado 'Trekko' Magalhaes. I was at his gym every single week,...put on a body triangle, and we went to work. "

On what's next.
Martin break it out to the media that the whole fight week he has been weighing 68kg without even trying to cut weight. He is planning to challenge ONE Bantamweight Champion Bibiano Fernandes for a superfight, putting on the line his belt too and a first attempt to be the first dual category champion of ONE, hoping ONE will give him this opportunity. 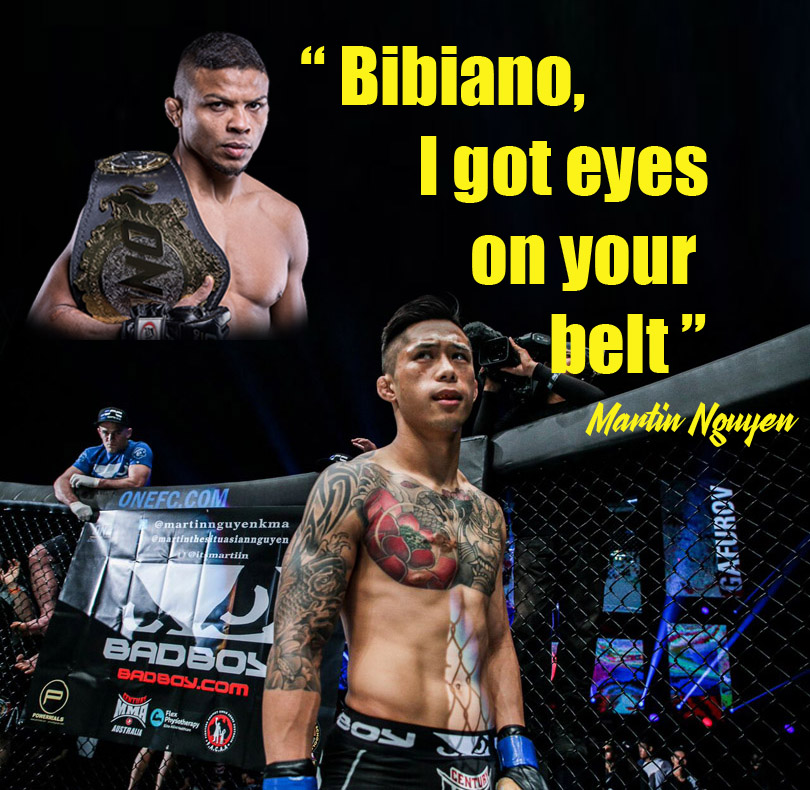 On the next month or so Martin would just want to spend time with his wife and kids as preparing for this fight has taken up much of his time away from them.

Full Official results for ONE: QUEST FOR GREATNESS

ONE Featherweight World Championship bout: Martin Nguyen defeats Marat Gafurov by Knockout at 1:27 minutes of round 2

Bantamweight bout: Kevin Belingon defeats Reece McLaren by Knockout at 1:02 minutes of round 1


In case you missed the action log on to https://onefc.com/livestream/ for the full replay of the fights at only US $9.99.

For more updates on ONE Championship, please visit www.onefc.com, and  https://www.facebook.com/ONEChampionship/?ref=br_rs