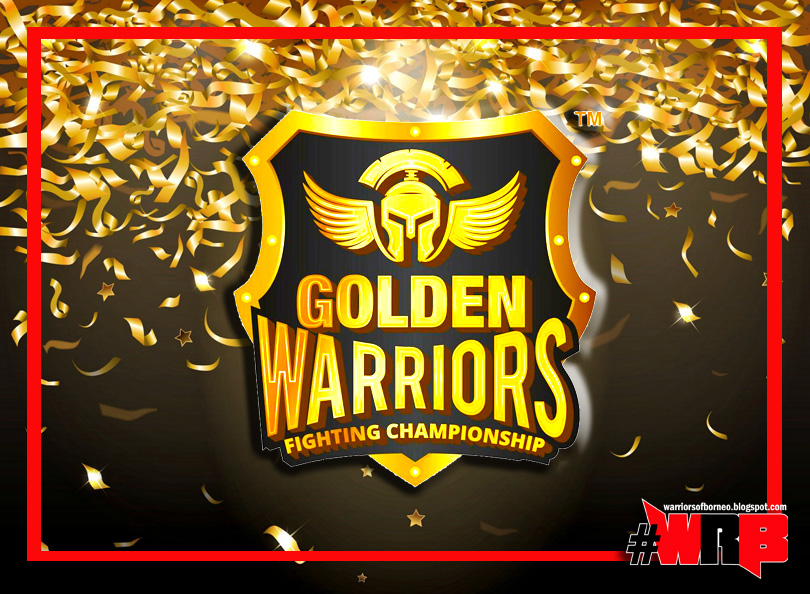 MMA is still relatively a young sports in Malaysia, but it's growing fast. Malaysian fight fans are a fortunate bunch; because even though MMA events does not rake in big bucks, there are still many promoters out there that are putting in good and commendable effort to organise MMA events.

Happening annually in Petaling Jaya is the mother of all MMA event; the well known MIMMA, which now is into it's 5th season and has switched to a league format. It's considered the biggest and most well organised amatuer MMA competition in Asia, if not the world. MIMMA has unearth & groomed many Malaysian MMA talents.

Growing stronger and bigger down south is the Ultimate Beatdown. The grand daddy of MMA event in Malaysia. Founded by Melvin Yeoh, it's reputation as the pioneer and the longest running MMA event in Malaysia is enough to bring in the crowds. It also received good supports from it's fans from Singapore.

Meanwhile up north of Malaysia, after a few business partner change and new sponsors coming in, an MMA promotion that used to be called Warrior FC, now is reborn as a golden child call Golden Warriors Fighting Championship (GWFC). GWFC launched it's first event in July 2017, with 6 bouts which is a mixture of amateur and pro MMA fights with one Pro Kickboxing bout thrown in.

Matt Pellino famed for being the host and commentator for MIMMA played the role as matchmaker and the emcee for the event. That inaugural event was launched with much fanfare by the organisers whom brought in a number of martial arts celebrities to hype up the promotion. A day prior to fight night, Charity Campaign with the Champions was held outside K-One MMA Academy which is open to the public. 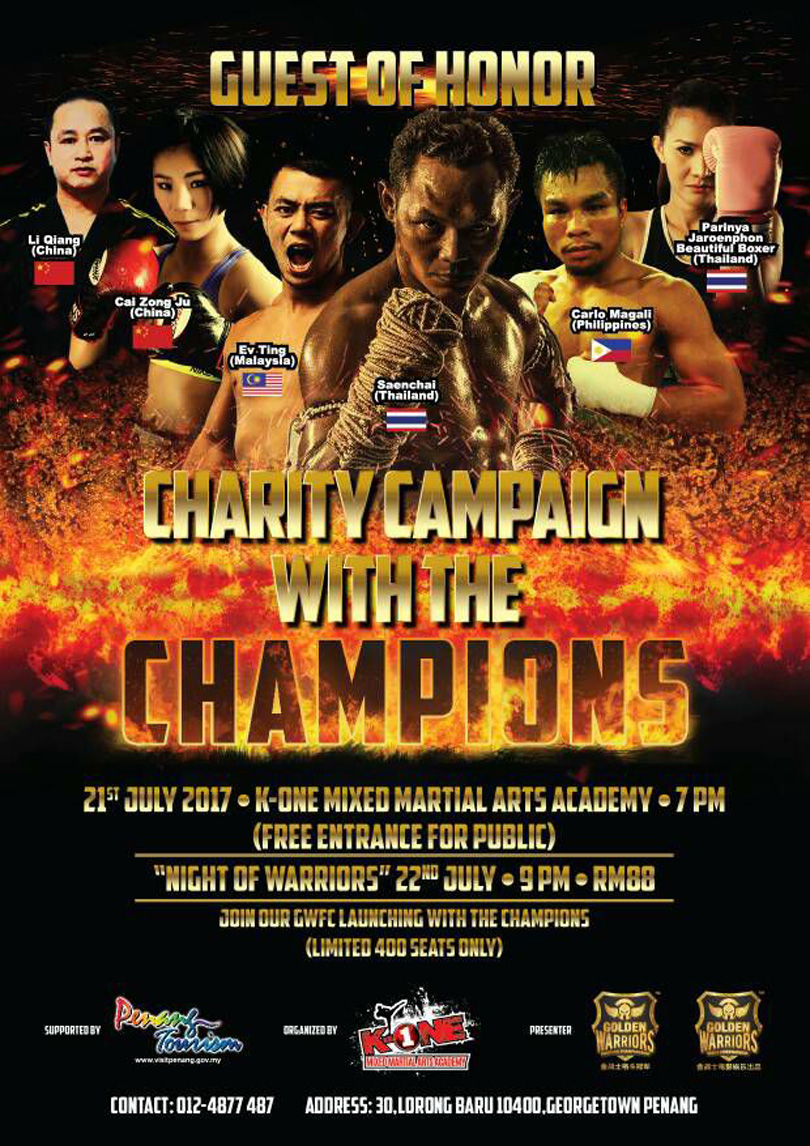 The stars was there to promote a charity drive for orphanage homes in Penang. The drive not only has the objective of collecting funds for the homes but also to create more awareness and to motivate & inspired the children. At the same time K-One MMA Academy also celebrated it's 16th anniversary with plenty of great offer for gym membership and lucky draw prizes. The presence of those martial arts celebrities adds colours and vibrancy to the celebration. 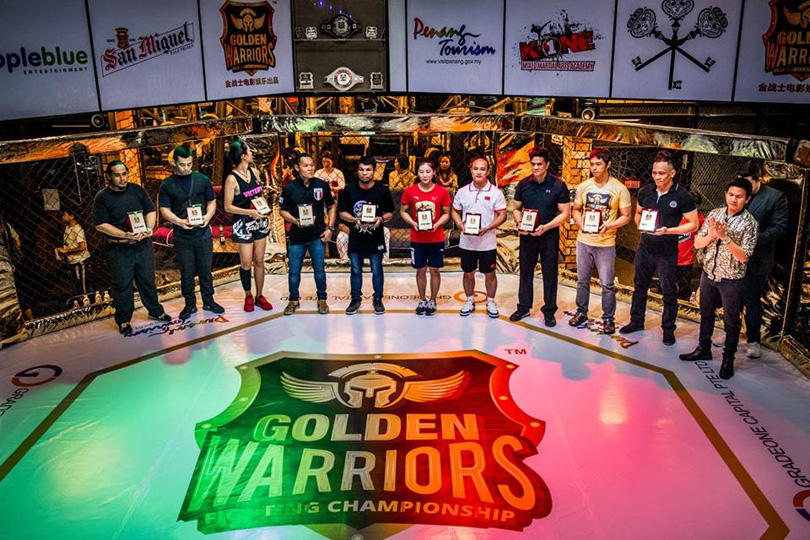 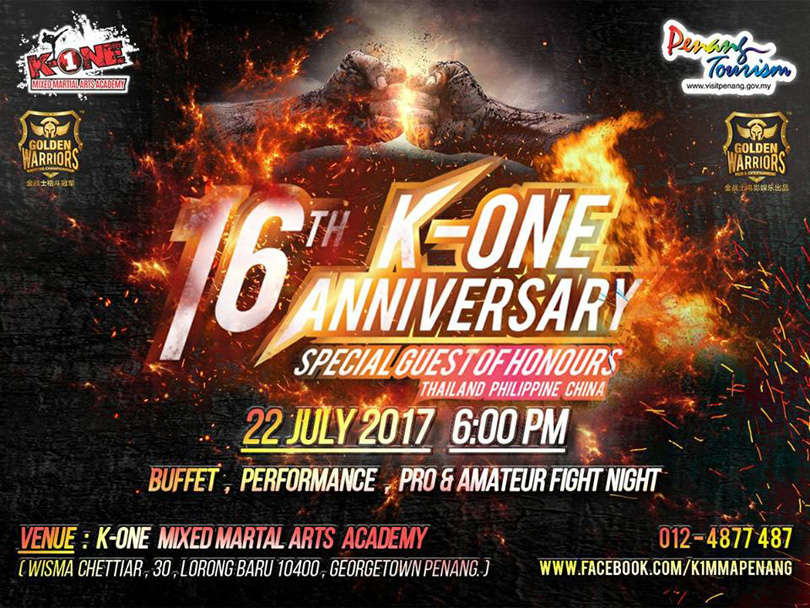 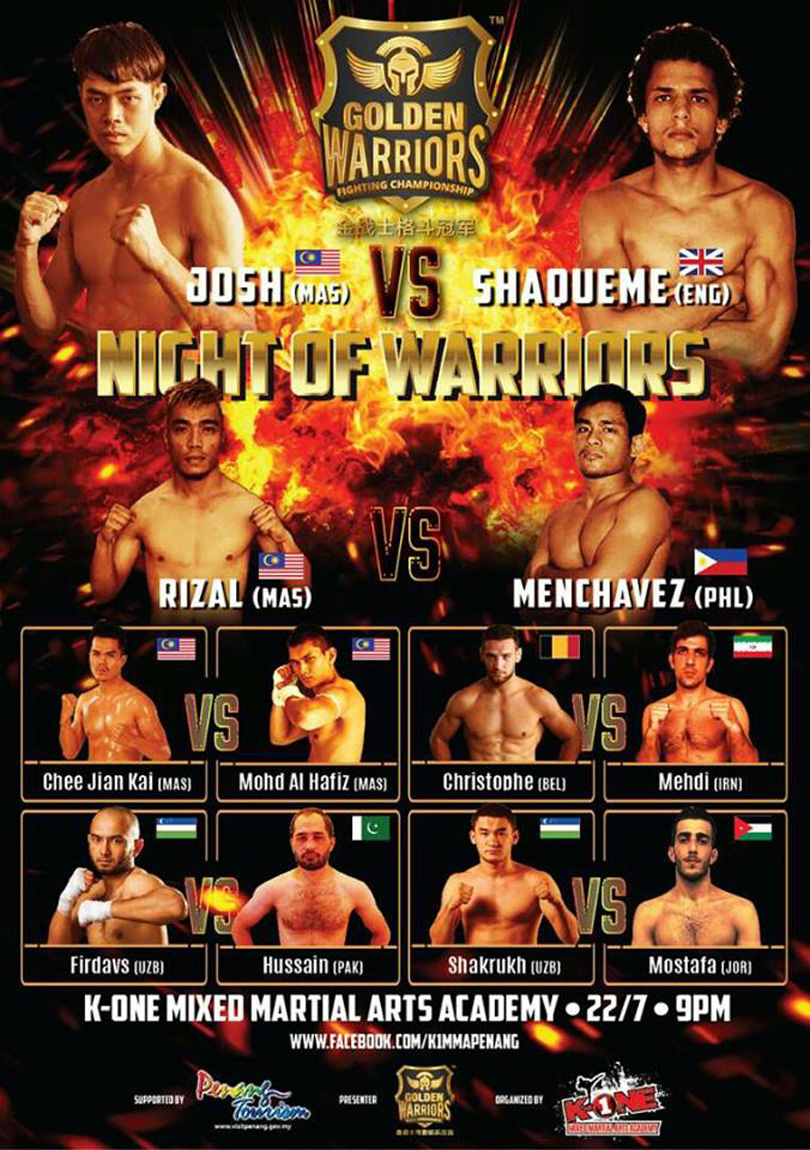 Initially the main event was scheduled for Ali Motamed of Tiger Muay Thai fighting Rodian Menchavez - Catalan Fighting System, Philipines; but Ali pulled out due to injuries and organiser scrambled to look for an opponent. Mohd Rizal from Team Karabaw Sabah stepped up to fill the void.

The fight night on 22 July was dubbed Night of Warriors. The MMA cage was decked with gold trimmings on all the pillars. Fighters was fitted with shiny gold MMA gloves! It certainly feels like a scene from Gold Finger James Bond movie and made GWFC visually memorable. Though I'm not sure wheter the reflective gold trimmings distracted the fighters or not. Imagine bring hit by a fist of gold...hmmm.

It was an action packed night. Out of the 6 bouts, four ended with finish and two went to the judges. Monarchy MMA celebrated a great night with three of their fighters, Mostafa Radi, Mehdi Begheri, and Shaqueme 'Shem' Rock enjoying a victorious night; Hussain Jan Turi fought a good fight but losing by judges decision.


The fight between Shem and Joshua was supposed to go down in January under the Warrior Fight Challenge brand, but as it goes, WFC is now defunct and a new golden child now takes over it's place.

This was a pro debut for both fighters, and Shem is out to make a statement to get the attention of ONE Championship. He certainly did, by winning in emphatic fashion. Bringing the fight easily to the ground. Mounted Joshua, transition to a triangle and ending with an armbar all in round 1. 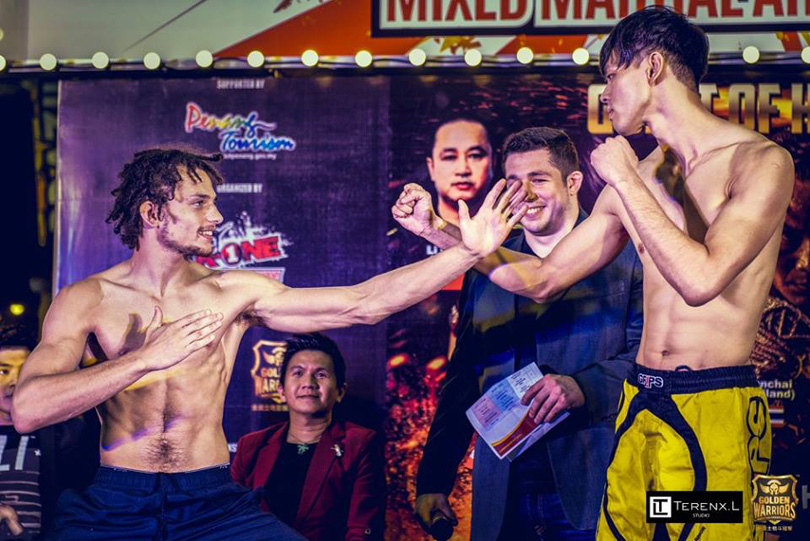 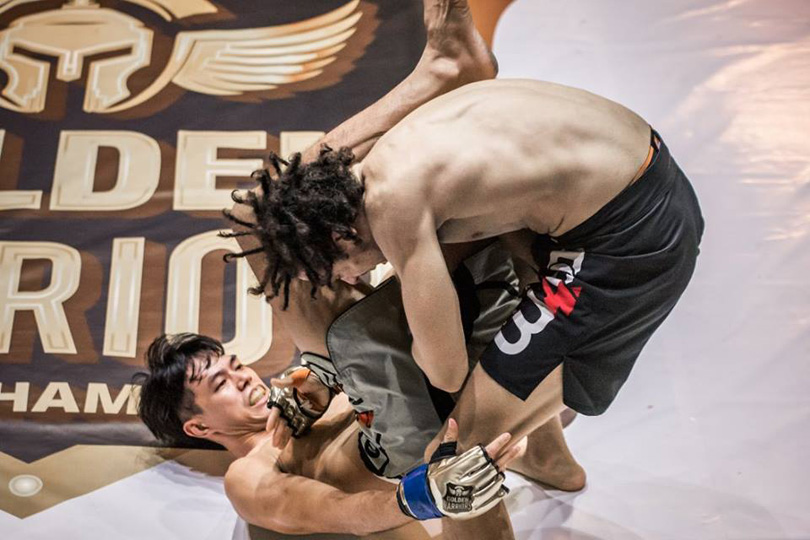 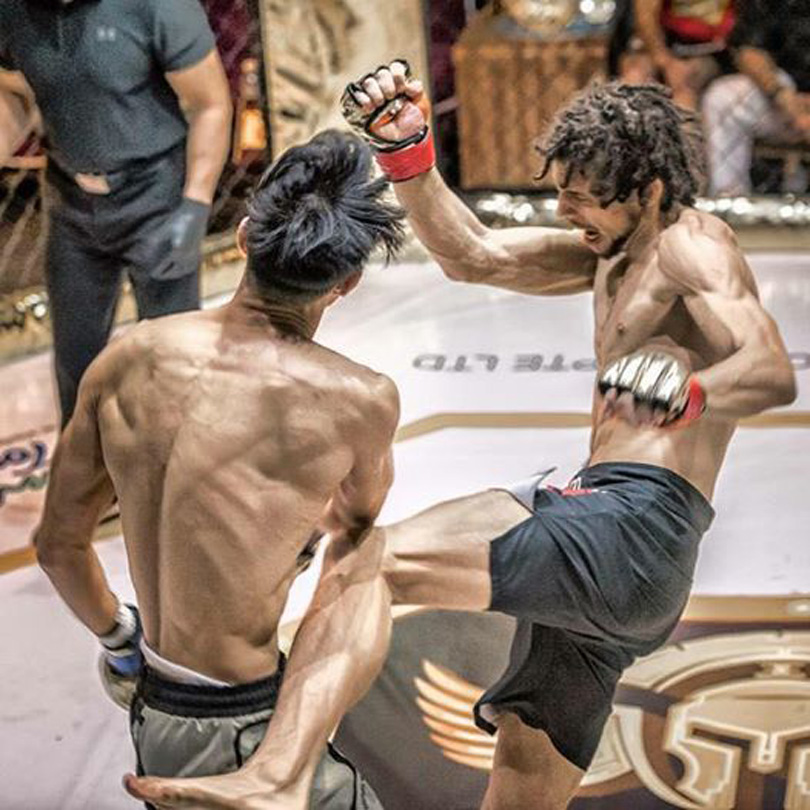 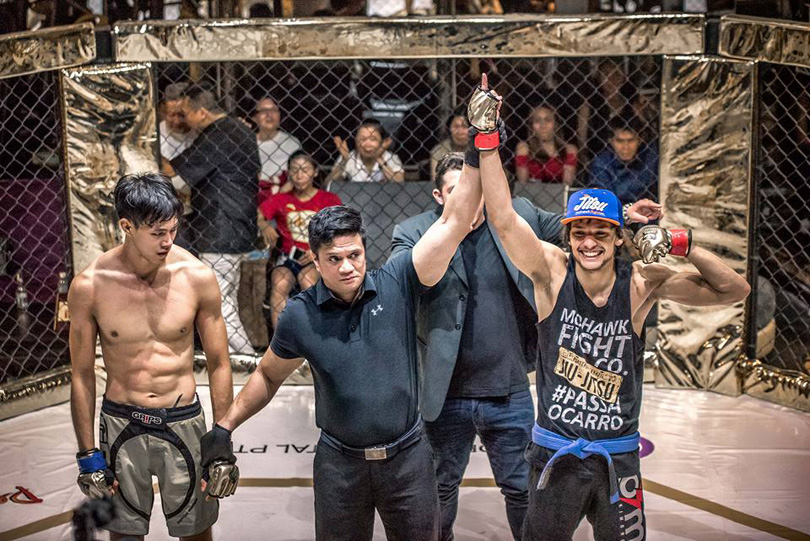 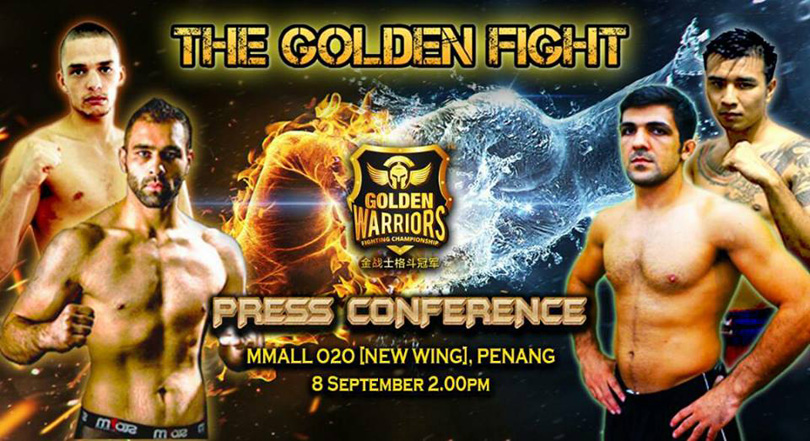 After a successful launch for their first event, Golden Warrior FC 2 will be held in Penang's K-One MMA Academy this 9 Sept 2017. Tickets will be sold at RM88 and MMA fans can sit cage side close to the action or choose to watch fights from seats on elevated platform that provide a great view of the whole golden cage.

This time 4 amateur MMA fight plus 4 pro fight will go down in the fight night dubbed as The Golden Fight.

For the amateur card, the highlight will be MIMMA Superstar, 3 times Flyweight Champion Seah Zhang Yu making a return to the MMA cage to fight an opponent from India.

For the Pro cards, a Battle of Borneo is in store where two of Borneo's best flyweight will have a rematch. Mohd Hasbullah of Team Karabaw will rematch Dean Hamsah. The last time they met was in the grand final of Jesselton Fight League in 2015, Hasbullah won and became JFL's bantamweight Champion. Expect an explosive match for these two.

Monarchy MMA representative Shaqueme and Mehdi Begheri will return to GWFC. They will be feature as the top two bouts of the night.

Shem will be facing a newcomer, Ernest Tang from Hong Kong, for the co-main event. While Iranian Mehdi Begheri whom is a wrestling coach in Monarchy will face Norshewan of Pakistan

Below is the full fight cards 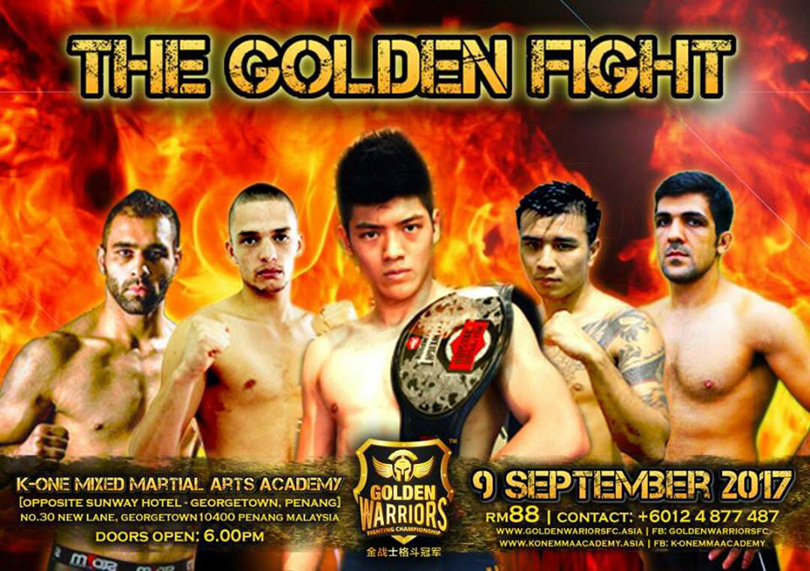